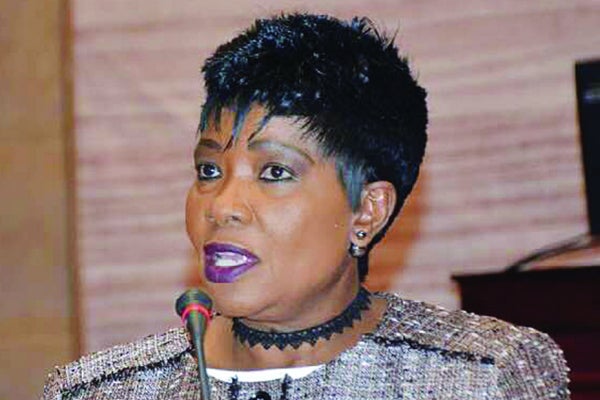 AS she waits for her turn to immunise her twin boys at a local clinic, 33-year old Sphiwe Muranda (not her realm name) cannot help but reflect on the long, emotional journey she has travelled.

The memory of how she suffered at the hands of her first husband’s family after failing to conceive for 10 years is still fresh in her mind.

“Harrison’s family put all the blame on me. They said I was infertile. But now, it is clear the problem was their son,” she said, wiping off tears with the back of her hand.

Muranda is one of the many women who have been hounded by their in-laws and condemned by society for “failure” to conceive. Cultural beliefs on infertility issues have resulted in both physical and emotional abuse of many women in Zimbabwe.

“At first, my ex-husband would rally behind me and we would pray over it. None of the family members ever thought that their son was the one who was infertile. I was forced to visit traditional healers and prophets, but all was in vain. I was verbally abused until I could not bear it anymore. I decided to end the marriage,” she said.

After the divorce, Muranda relocated to South Africa in 2017, where her sister lived, to pick up the pieces of her life in a new environment. She met the man who would marry her and sire her twin boys.

“My sister encouraged me to try again. At first I thought I would suffer a miscarriage, but I was relieved when the doctor said he had discovered two foetuses and that I was in perfect health. I gave birth to these two boys and my ex-husband who also got married is still childless. The answer is clear now,” said Muranda, forcing a smile.

Her ex-husband is already aware that she is now a mother.

“Harrison is aware of my two sons. I told him to visit specialists so that they can examine him. He wants a baby, but the truth is most people think that only women suffer from infertility issues. That is a very wrong perception,” she said.

In some societies, infertility is like a curse while others see it as a bad omen or a result of witchcraft. Despite the massive effects of globalisation or modernity, most people are still reluctant to accept that infertility is a medical condition and that even men can be infertile.

According to Mayo Clinic, infertility in men is due to a low sperm count, abnormal sperm function or blockages that prevent the delivery of sperm. Illnesses, injuries, chronic health problems, lifestyle choices and other factors can play a role in causing male infertility.

Zimbabwe National Traditional Healers Association (Zinatha) spokesperson George Kandiero said it is high time affected couples sought solutions together since it has proven that the problem can also lie with men.

“Most times the woman is blamed, even if it means consulting traditional medical practitioners, it is the woman who does it alone. As custodians and champions of culture we know and believe that the problem can also lie with the man, hence we encourage couples to consult together,” he said.

According to the World Health Organisation, between 8% and 12% of couples around the world have difficulty in conceiving a child at some point in their life, and in some areas that figure reaches one-third or more of couples. Infertility affects an estimated 48,5 million couples worldwide, of which 10,8 million live in Sub-Saharan Africa.

Addressing journalists in Harare recently, First Lady Auxillia Mnangagwa said the issue of infertility should not be a blame game, mainly on women.

“Infertility affects men and women. This cannot be a blame game. Yet we know in our societies that women bear the brunt of this problem. This can be a basis of sexual and or physical abuse, divorce or isolation from the family structure,” she said.

Traditionally, men’s infertility has been concealed by family and relatives who at times devised ways of secretly engaging his elder or younger brother to impregnate his wife. This act would be kept as a secret by the family members. However, it is different with women who, after being certified barren, are chucked out of the family residence in a humiliating way.

“There is need for a shift from the traditionally-held view that infertility affects women to a realistic understanding of the truth that infertility equally affects both men and women,” said Gerald Madziyire, a gynaecologist with the Ministry of Health and Child Care.

According to a 2003 research by Health Care Women International on the fertility patterns of women in Zimbabwe, at least one in every four women of childbearing age suffers from some degree of infertility.

Zimbabwe has one of the world’s highest infertility rates along with other southern African countries such as Botswana, Namibia and Lesotho according to a 2010 World Population Prospect survey.

Today, Muranda has proved her tormentors wrong. She is now a proud mother after enduring 10 years of emotional and physical torture from his in-laws.

Though God has blessed her with twin boys, the hard times she experienced in her first marriage will never be erased off her mind.