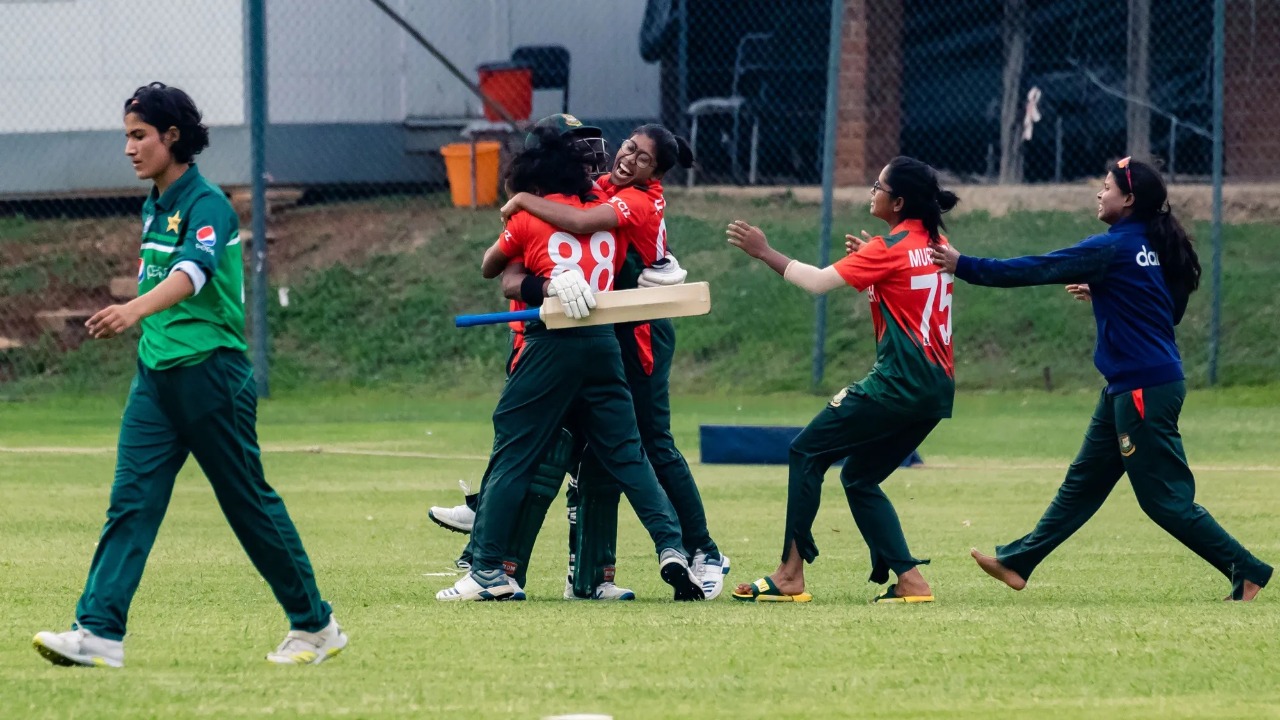 In the match played in Harare, the Pakistani team batted first but apart from Alia Riaz and captain Jawariya Khan, there was no better rival bowler.
Alia Riaz was run out for 49, Jawariya Khan scored 38, Pakistan was bowled out for 145 in 48 overs.
Thi Patcha Putha Wong took 5 for 18 while Tipuch took 2 wickets.In reply, the Thai team’s batting line could not run in front of the Pakistani bowlers, Nataya played 18 and Onicha 16 runs innings.
Fatima Sana took two wickets for 8 runs and Nada Dar took two wickets for 26 runs.Pakistan wins this match with 52 runs great margin against Thailand.
The Zimbabwe tournament is an important one on the calendar as it decides three qualifiers for the ICC Women’s Cricket World Cup 2022 to be held in New Zealand from 4 March to 3 April, joining five teams who have already qualified through the ICC Women’s Championship – Australia, England, India, South Africa and hosts New Zealand.—-Wasim Qadri, Islamabad based Senior Journalist and Host Television show can follow on Twitter at @jaranwaliya