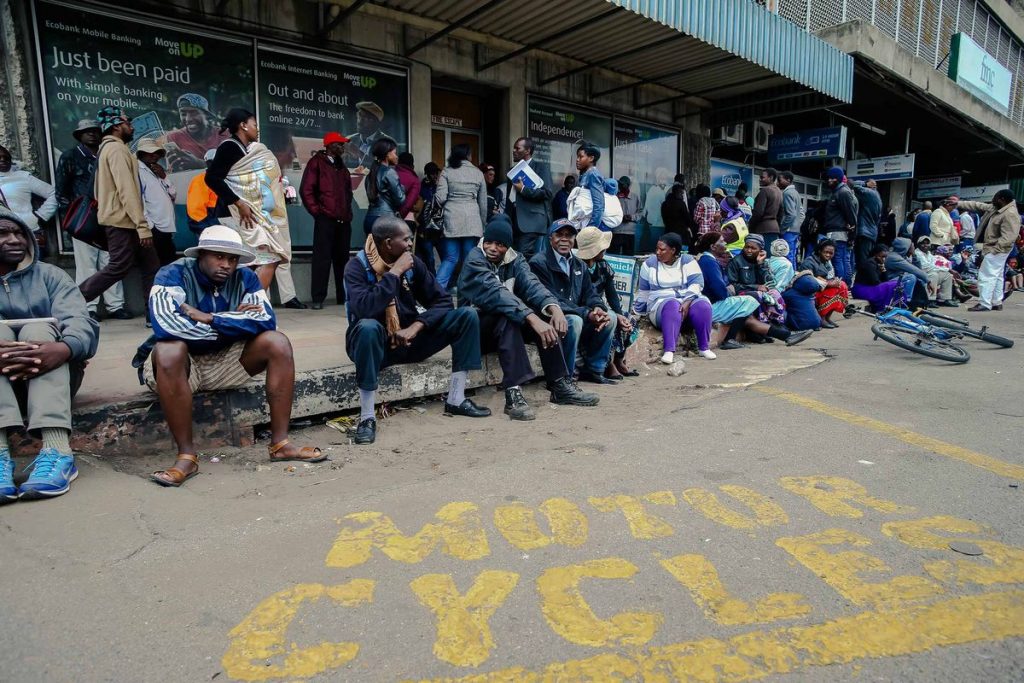 SIBANGILIZWE, the outspoken son of the revered late Father Zimbabwe, Joshua Mqabuko Nkomo, says authorities must work harder to unite Zimbabweans if the country is to move forward as one, and with confidence, the Daily News reports.

This comes as Zimbabwe celebrates Unity Day today — the historic occasion when Zanu PF and PF Zapu sealed a peace accord in 1987, which ended the Gukurahundi killings that left an estimated 20 000 civilians dead mainly in Matabeleland and the Midlands in the early to mid-1980s.

Speaking to the Daily News yesterday, in the wake of growing polarisation in the country, Sibangilizwe said authorities needed to use a bottom up approach to unite the people of Zimbabwe.

“First of all, let’s visit the Unity Accord. What was it all about?

“It was meant to stop a terrible situation that was happening in the country.

“Some say it was a surrender document, but it was not because there was no war. There was a genocide.

“That’s when someone with a sober mind like Dr Nkomo had to step in to stop the killing of innocent people, which included children and women,” Sibangilizwe told the Daily News in reference to the Gukurahundi killings.

“What is needed from our leaders is to truly unite the people of Zimbabwe from the grassroots, not from top down. That will not work.

“Gukurahundi brought fear among people. So, it’s not easy to unite people who are in fear,” he added.

Zanu PF and PF Zapu agreed a peace pact in 1987, which culminated in the Unity Accord — following years of ugly disturbances in Matabeleland and the Midlands.

Before the Unity Accord, PF Zapu had been accused of fomenting violence and leading an insurrection in the region soon after the country’s independence from Britain in 1980.

An estimated 20 000 people are said to have been killed in the disturbances when the government deployed the North Korea-trained Fifth Brigade to quell the insurrection.

Despite the signing of the Unity Accord, the Gukurahundi saga has remained an emotive issue, especially in Matabeleland.

This comes as Mnangagwa and his administration have recently stepped up their efforts to try and bring closure to the sad chapter in Zimbabwe’s history.

Apart from facilitating the re-burying of victims, the government has also committed itself to providing birth and death certificates to the children and relatives of the affected people who — for decades now — have been facing insurmountable hurdles at the Registrar General’s offices.

The process of exhuming the bodies saw the first ceremony being held at Sipepa village in Tsholotsho — where villagers witnessed the interring of Justin Tshuma and his wife Thembi’s remains.

Yesterday, Sibangilizwe said there was a need to put the interests of the people ahead, as part of the broader move to unite the nation.

“What is needed in the country is not the coalition of parties. No, those are just clubs. We need leaders who will go down to the … grassroots level and unite the people.

Sibangilizwe’s father, Nkomo, led PF Zapu until the signing of the Unity Accord. Father Zimbabwe died in July 1999, after succumbing to cancer. His remains are interred at the national heroes’ shrine in Harare.

His funeral, as was the case with that of the late Solomon Mujuru, was one of the biggest and most followed in the history of the country.

Meanwhile, political analysts said yesterday that there was a need for “universal unity” in the country, including the opposition playing a part in fostering it.

“The current political parties must take a leaf from the Unity Accord and use it as a building block to build a cohesive, tolerant and progressive society.

“Yes, there is scope to celebrate the Unity Accord, but there is also a need for political players to introspect and find each other more,” Namibia-based political analyst, Admire Mare, told the Daily News.

Professor of World Politics at the University of London’s School of Oriental and African Studies (SOAS), Stephen Chan, said there was a need to establish long-lasting unity that was beneficial to all Zimbabweans regardless of their political views.

“From the 1987 Accord onwards, unity has only ever been possible on terms favouring Zanu PF. The unity government of 2008 is a further example.

“What Zanu PF is seeking to do now is to impose ‘unity’ terms on the opposition, and preferably upon a greatly weakened opposition …  and then, from this eventual ‘unity’, marginalise any other remnants of politically-organised opposition,” Chan told the Daily News.