World Day Against the Death Penalty : Time for Zimbabwe to Abolish

October the 10th is the World Day Against the Death Penalty.

Source: World Day Against the Death Penalty : Time for Zimbabwe to Abolish – The Zimbabwean 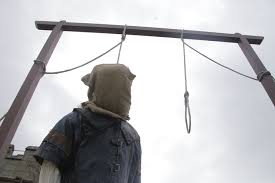 The World Day Against the Death Penalty is commemorated annually to highlight the plight of those who have been denied the most essential human right of all, the right to life, by the justice system.

Access to Counsel : A Matter of Life or Death

The right to be represented in court by a lawyer is an important right for everyone facing trial, but for those accused of murder and liable to be sentenced to death it is not just important but essential that that they are represented by the best lawyers available in Zimbabwe.  For them the difference between a good lawyer and a bad or mediocre lawyer is literally a matter of life or death.

In Zimbabwe everyone charged with murder is entitled to a lawyer, and if they cannot afford one the legal aid system provides one free of charge.  All too often, however, legal aid lawyers are inexperienced and unable to provide their clients with the vigorous, searching defence they need.  As a result, people who should be acquitted or found guilty of a lesser crime may be convicted of murder and may even be sentenced to death.  This is a terrible injustice.

Zimbabwe has not carried out any executions for 15 years, putting it on the list of countries that have a de facto moratorium on executions.  BUT Zimbabwe has not formally abolished the death penalty, with the result that our courts continue to sentence prisoners to death for murder.  These prisoners are kept in unspeakable conditions waiting for their sentences to be carried out, not knowing from one day to the next when they will be taken from their cells and hanged.  As our courts continue to impose the death sentence more and more prisoners suffer this horrible fate.

The death penalty can be abolished in Zimbabwe quite easily.  The Constitution allows, but does not require, the penalty to be imposed for murder committed in aggravating circumstances.  All that is needed to abolish the penalty is a short Act of Parliament, and a Bill for such an Act has already been drafted [It can be accessed on the Veritas website [link].  If the Government were to put forward such a Bill most members of the public would acquiesce because the death penalty is not part of Zimbabwe’s indigenous culture.  The President and most Members of Parliament favour abolition:  all that is needed is political will.

Let us all join together and urge our Government to abolish the death penalty.