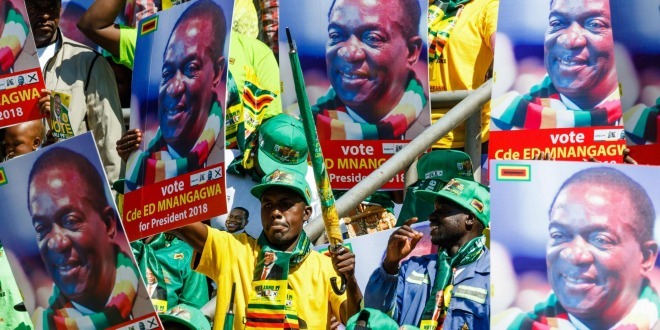 SUSPECTED rowdy Zanu PF land invaders at a farm in Bromley, 48km
south-east of Harare, on Monday attacked police officers deployed to evict
them to pave way for the farm owner.

One of the police officers was reportedly injured in the skirmishes.

Indigenous farmer Samson Chauruka said he has since 2011, failed to occupy
the 40,8-ha Subdivision H of Whiteside Farm, before enlisting the services
of the law enforcement agents to take over the land.

Mashonaland East provincial police spokesperson Inspector Tendai Mwanza
said he was yet to get the full details about the clashes.

According to police sources, a group of police officers went to the farm
to arrest the illegal farm invaders who had refused to comply with a court
order for their eviction.

Upon arrival at the farm, the invaders who claimed to be Zanu PF
supporters, reportedly threw various objects at the police officers.

An unknown sharp object hit a police officer in the melee, injuring him in
the process.

Chauruka confirmed the fracas and pleaded with authorities to assist him
in occupying the farm saying he had lost a lot of production time.

“The police came to arrest these people over contempt of court,” Chauruka
said. “The illegal occupiers clashed with the police, attacked them with
stones among other objects. They injured a police officer in the process.

“This is not the first time they have failed to respect the law and court
rulings. At one point a total of nine people were arrested and charged
with public violence.

“I have lost many years of farming as they keep on disturbing and have
since vandalised infrastructure at the farm. I appeal for more assistance
from relevant authorities and I applaud the police for executing their
duties despite the retaliations.”

The ex-farm workers were first evicted in 2012 before they trooped back,
with several efforts to evict them hitting a brick wall.

Chauruka claimed that he bought the farm in 2011.