Source: You got it all wrong Dr. Mashakada – The Zimbabwean 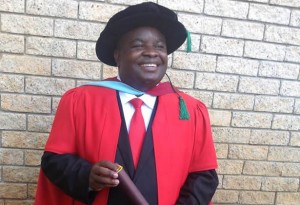 Thank you very much for your well intended opinion piece encouraging the MDC Alliance to abide by the Supreme Court ruling. However, there are a few things you got slightly wrong, which have prompted me to rebut your opinion piece.

But before the rebuttal, I will want to agree with you that the way the Supreme Court judgment has been interpreted left the MDC Alliance in a invidious position as it is natural to be resentful and angry when they feel they have been unfairly dealt with. In fact, the interpretation of the judgement that you believe in has left not only the MDC Alliance disheartened, but the majority of Zimbabweans who are tired of misrule by the current Government  in Zimbabwe.  The people, both old and young,  are angry, and see that interpretation of the judgement as a way to weaken effective opposition politics in Zimbabwe and entrench a one party state system through a forced unsustainable political marriage.

That said, let me now show you how wrong you are. Firstly, the Supreme Court agreement is proposing that parties that had successfully separated get back together. The leaders who were in MDC-T led by Dr. Richard Morgan Tsvangirai at the time of  his death separated, Dr. Thokozani Khupe’s faction holding their Congress in 2018 and legally registering as a Party for elections in 2018. The faction of the MDC-T which you, Dr. Mashakada, stayed with formed an alliance and also legally registered for elections the same year. That was how they divorced. It was a very good suggestion for the Supreme Court to suggest a re-union of the divorced parties, but that should only take place if the two parties fall in love again. Just like a husband and wife who have divorced, the mediators usually recommend re-union, but re-union will only happen if there is still some love left between wife and husband.

It will be difficult for these founders of the MDC to work together given that Dr. Khupe has publicly stated that she is in politics because she loves money, while advocate Chamisa, from what we have been told in the media, has not been taking any party funds for his upkeep. Furthermore, Dr. Khupe has been quoted in the media to  said “I will continue to support him (Mnangagwa)”, while Advocate Chamisa has said he does not recognize President Emmerson Mnangagwa’s presidency because of what he and many Zimbabweans, both within and outside the MDC Alliance claim were rigged 2018 elections, a claim which will hold water following the refusal by the Constitutional Court to  access the information on the computer server which would have shown the correct results. Why did the Constitutional Court refuse the request to access the server when Chief Luke Justice had initially said the case was to be tried on merit not on technicalities. The fact that the judges in Malawi has found that Judgement by Justice Malaba lacked seriousness is an eye opener.

So the Supreme Court Judgement, Dr. Mashakada, should not be the basis of a re-union. Love and trust between the parties involved is key to the re-union of the MDC-T, which had no constitution of its own but used an old constitution borrowed from the original MDC at the time of the death of Dr. Tsvangirai where the Supreme Court has drawn back the Party to. If I may ask you Dr. Mashakada, are you still interested in removing Zanu PF from power, or you are now exhausted? If you still interested in removing Zanu PF, would you really comfortably work in a political party with someone who has vowed to always support President Emmerson Mnangagwa? The Supreme Court ruling, therefore, is just but an option which the parties involved can chose to exercise if the feel for each other. After all, the ruling doesn’t say that anyone will be taken to jail if the suggested Extra Ordinary Congress fails to materialize within 120 days.

Relating to the High Court judgements which you allude to, Dr. Mashakada, you may have missed the part of Justice Chitapi’s judgement which said “ While  they (MDC Alliance) can be properly be called a political party, does it make it a juristic person?” and  “A voluntary organisation can exist as a political gathering without a constitution but if it wants to take the form of a juristic person it must have a constitution”. Dr. Mashakada, you will also have missed the judgement by Justice Munangati Manongwa which ruled that the MDC Alliance, on matters relating to Elections and the Political Parties Finance Act, is a political party. Read then Section 129(k) of the constitution of Zimbabwe which reads reads “The seat of a Member of Parliament becomes vacant if the Member has ceased to belong to the political party of which he or she was a member when elected to Parliament and the political party concerned, by written notice to the Speaker or the President of the Senate, as the case may be, has declared that the Member has ceased to belong to it.” Nowhere does that section of the constitution say that the Political party has to be a juristic person.

Your rushed conclusion that the the outcome of Court the SC and High Court judgements have clearly leveraged the MDC-T led by Dr Thokozani Khupe is therefore premature, because from what I have read, we still have the cases by recalled legislators Honourable Thabitha Kumalo and Senator Lilian Timveous before the courts. The judgement by Justice Chitapi does not stop the cases that are before the courts.

Let me also remind you, Dr. Mashakada, that the founding President of the MDC-T, Dr. Richard Tsvangirai, was a great leader, a great visionary, a unifier who, before his death made the call to re-unite with MDC founding members who he had separated with. Unfortunately, he did not live to see the fruits of the initiative. Despite his vision, hard work and effort, the Supreme Court found that he did not properly appoint the two additional vice-Presidents Engineer Senator Elias Mudzuri and Advocate Chamisa. The other mistake he made which hasn’t been publicized is that he did not lead the party into creating its own Constitution in the name MDC-T, which makes the MDC-T Party he left not a juristic person when we apply Justice Chitapi’s judgement. So one should ask how.

I am sure, Dr. Mashakada, if you read this carefully, you can conclude for yourself that this Supreme Court ruling which brought up all this is a dog’s breakfast. What is very clear is that the MDC-T and MDC Alliance are political parties which contested the elections in 2018, and both are political parties in a way following their legal registration to contest in the elections, and as Section 129 of the Constitution of Zimbabwe does not state the status that a political party should have to participate in an election, and since both Justice Chitapi and Justice Manongwa agree the MDC Alliance is a political party, Section 129(1)(k)  of the leaves the MDC-T and MDC Alliance the benefits of their participation in the 2018 elections. Furthermore, the Supreme Court Judgement says that the MDC-T left by the late Dr. Tsvangirai was frozen from the period between his death and the announcement of the judgement, and a Party which was incapable of action during that period cannot then claim to have participated in an election and won parliamentary seats.

All this that is happening is out of greedy by some people who want to reap where they did not sow, who are suspected to be conniving with Parliament to get things work in their favour.

Dr. Mashakada, if you believe that Zanu PF must go, do not be lured into a marriage of convenience by a Court ruling which clearly stipulates that it is not mandatory by giving room to the suggested re-union to be declared a failure 120 days from the day it was announced.

Let the players involved, the 2014 MDC-T Standing Committee, National Executive and National Council meet and discuss, find each other and resolve their issues before they can proceed to hold an Extra Ordinary Congress. Finding each other should not be a problem not that we saw on video some leaders praying at Dr. Tsvangirai’s resting place calling for the late Dr. Tsvangirai to help them unite, but it looks like they forgot that pray for his efforts to bring together all founding members of the MDC. If they believe Dr. Tsvangirai can help with the Court cases, Unity, growth of the Party, then they should seriously introspect and do the right thing, not fight against the things that Dr. Tsvangirai worked for in his political life.