Source: Americans’ brave struggle for justice, in the face of state brutality – The Zimbabwean

Should inspire oppressed people of Zimbabwe 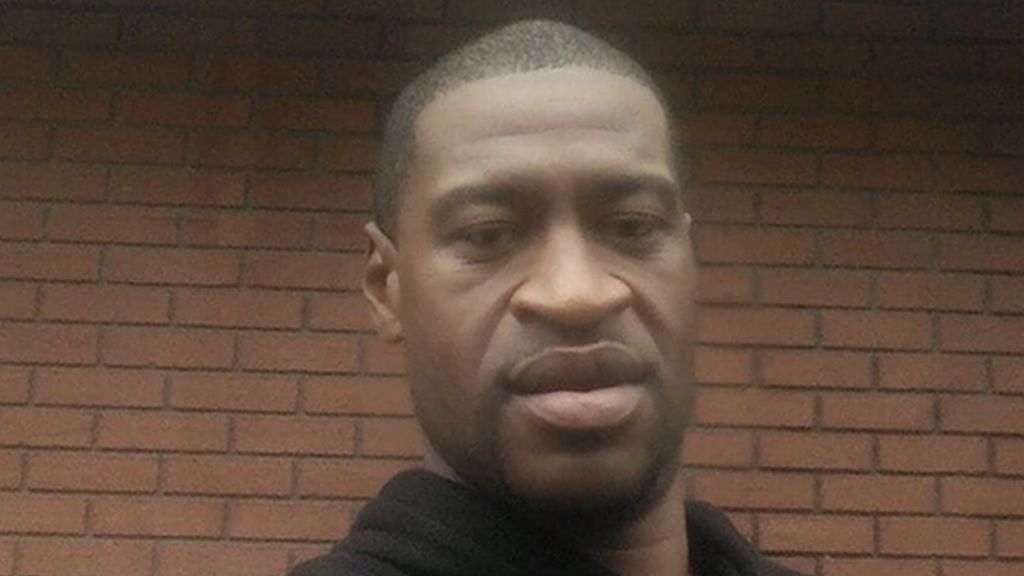 It is so easy for a perpetually oppressed, subjugated, and choked people to give up their struggle for justice, freedom, and equality – in the face of ever-growing brutality and brazen abuse of their God-given inherent human rights – as they gradually, but surely, lose all hope for any positive change, whilst state apparatuses of repression crush their every effort, with seemingly increasing vindictiveness, and ruthlessness.

Who would not – when a tyrannical regime regards itself as some sort of deity, which should never be questioned, criticized, or even challenged, as that ‘unforgivable sin’ could so readily result in grave atrocities and savagery being meted on anyone who dares?

Just as in any form of domestic abuse and violence, the victim becomes psychologically subdued, and through ingrained fear, retreats into a cocoon for survival, apparently accepting whatever injustices and barbarousness they endure on a seemingly unending frequency.

Such is the uneviable plight Zimbabweans find themselves entrapped on a daily basis – with the world always wondering how a nation of over 15 million can be cowered by a such a small group of opportunistic power-greedy, and corrupt rulers – but, merciless and cold-hearted enough to commit the most sadistic and villainous atrocities, in a callous attempt to protect their ill-gotten and prostituted political power and wealth.

Who would not naturally and understandably cringe into a shell of fear, when the mere alternative of going onto the streets to exercise one’s constitutional right to peacefully express his/her disgruntlement, anguish, or even anger, is met by a heavy-handed state security apparatus, whose mission would be far from ‘securing the state’, but ensuring that, whosoever has the audacity to dissent, is heartlessly and murderously ‘taught a lesson’, that can so easily leave them dead on those streets, or maimed for life, or so badly injured, that one’s life hangs by a thread – with none of those responsible for such barbarity ever brought to book?

Why would people not be subdued into submission, when any who risk peacefully demonstrating, or simply voicing their right to a dignified life worthy of any human being, are most likely to be abducted by unknown assailants – leading to being inhumanely and severely beaten up, tortured, and sexually violated – without any of the perpetrators ever being held accountable?

Indeed, the people of Zimbabwe are fed up – yet, when those in the opposition, whom they would have placed their faith and trust on, to bring about that long-awaited and cherished freedom, prosperity, and dignity, spend most of their time fighting for power, and not even prepared to sacrifice their own comfort for the greater good of the suffering and impoverished citizenry – any little hope that could be left, quickly vanishes…as it becomes increasingly evident that those in the ruling party and the opposition are certainly two sides of the same power-hungry and self-serving coin.

It would then appear that Zimbabweans are all alone – with no proverbial Messiah in sight – being crushed by the ruling establishment on one side, and betrayed by the opposition, on the other. Typical, being caught between a rock and a hard place.

Could this, then, be the end for the people of Zimbabwe? Is all hope, thus, lost? Are they to simply accept their ‘fate’, bow down to their malicious, heinous, and cruel masters, and say, “Let your will be done”?

I refuse to accept that! Never should these wonderful, hard-working, and long-suffering people – whose ancestors were known as a gallant and valiant nation of proud warriors – allow themselves to be reduced to a powerless, poverty-stricken, and pathetic bunch of beggars and vagabonds, who either have to shamefully survive on handouts, or are forced to make perilous journeys to neighboring countries to scrounge for a living.

Yet, when all hope seems to be fading away, we find a renewed, reinvigorated, and replenished sense of worth, destiny, and light.

When all appears lost, there comes along another people – with a similar experience and history of suppression, subjugation, and suffering, yet appearing to be all alone, without any formal opposition to genuinely stand up, and speak up for them in their long quest for that cherished yearning for a life worthy of joy, fulfillment, and respect.

Along comes the people of the United States of America (US) – especially, the African American community, and other progressive races and ethnicities – who have had enough of their perennial suffering in the land of their ancestors’ enslavement, and are currently fearlessly standing together, in unity, in clamoring for their God-given rights, in the face of a brutal administration, with a penchant for domination and instilling fear in its citizenry.

In any struggle there is always a trigger for a revolution, and in the US, the depraved and abominable killing of an unarmed African American man, George Floyd, by a White police officer Derek Chauvin – who morbidly knelt on his throat for over 15 minutes, thereby suffocated him to death, whilst his colleagues merely gleefully stood by – resulted in mass protests throughout the country, and in numerous other parts of the world, not only demanding justice for the assailed man, but a far much broader call for an immediate end to the long-running historical social, economic, and political injustices against the so-called ‘people of colour’ in that country, and by extension, all the poor, oppressed, and marginalized all over the planet.

As Zimbabweans, we fully embrace this struggle, which we so readily identify with – as victims of a similar system, from colonial hegemony, to our present day domination and disenfranchisement by our former liberators, turned oppressors – as, indeed, we have been choked and suffocated as long as we can remember, as Floyd cried out in his last moments, “I can’t breathe”!

Nonetheless, in the face of an arrogant president Donald Trump, who would rather send a heavily-armed National Guard, and other state security organs, to violently quash and vanquish these understandably angry and fed-up people – having bottled up their anguish and desperation for ages – they have never faltered, neither have they retreated.

They have proven to us in Zimbabwe, that, there is absolutely no room for fear and even shrinking – no matter the magnitude of the adversities thrown in our way by our oppressors – as any genuine cause is worth standing up for, even in the face of bullets, baton sticks, abductions, torture, sexual violations, and any manner of repressive tools at the disposal of a tyrannical system.

As with Zimbabweans, the uprising people of the US do not have their own genuine opposition fighting in their corner – save for opportunistic political parties, and organizations that would never miss any chance to bolster their profiles and support base – as both in Zimbabwe and the US, there are those who would rather consider their own financial and political benefits and well-being, in making any decisions, than sacrificing everything for the good of the suffering people.

The time has now come for Zimbabweans to learn from their American brothers and sisters, that freedom, justice, equality, and prosperity have never been handed over on a silver platter by the usurper of power – and, we need to boldly and unshakenly proclaim our constitutional rights, in the face of any challenges.

We are on our own – but, that has never, and should never, stop us from grabbing back what is rightfully ours.

Accepting defeat was never any option for our ancestors, and neither should it be ours! We have a right to dignity, to prosperity, and to freedom – and only we can free ourselves.

It is either we reclaim our dignity back, or nothing at all. Failure is not an option – it is either we achieve our aspirations, or we die trying.  What do we have to lose? Have we not lost everything already – for a man, woman, or child without any dignity, is no better than a dog!

A determined people, is an unstoppable people – we have the Americans to learn from.

Newer Post
You got it all wrong Dr. Mashakada
Older Post
Communication and Participation Deficits in Zimbabwe’s COVID-19 Response