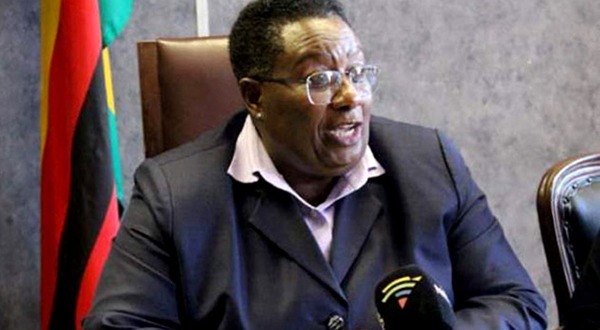 According to a leaked report to Zacc gleaned by NewsDay, Rufasha is alleged to have acted contrary to his position as RDC CEO in four cases.

The first allegation is that, on May 20, 2020, Rufasha authorised for the payment of $100 000 for the hire of an earthmover from Tongogara Rural District Community Ownership Trust. The money was from the Zimbabwe National Road Administration (Zinara) statutory road fund, voucher number 6 of 2020.

Rufasha, the report states, should have authorised payment after the road rehabilitation service had been rendered.

“To add on to that, the CEO ordered the executive officer, engineering and technical services to prepare an acquittal report to Zinara and falsely claim that the grader has carried out grading operations on the district roads. It is falsely claimed that the grader worked in ward 10, 11 and 14 for a cumulative total of 20km and 20km in ward 18. He went on to write a letter to Zinara requesting for additional disbursements for the second, third and fourth quarter,” it stated.

Rufasha is said to have approved and authorised payment to the supplier before delivery of the equipment.

“In a more worrying development, the excavator was never delivered and the money was just flushed down the drain,” the report read.

“In a continuous exhibition of arrogance and incompetence coupled with some tendencies of fraud, the CEO did not make any meaningful follow-ups to the supplier about the piece of equipment as he regularly does to defaulting suppliers and he is known for that, especially when such a scenario arises.”

In another case, Rufasha is said to have hired a messenger of court in June 2020 to deliver a letter from Tongogara RDC to the finance executive officer, who was in Gweru on vacation leave, to recall the treasurer for duty.

Rufasha would have used the RDC’s messenger or a driver, the report stated, adding that “his aim was to intimidate the treasurer”.

“This expenditure accrued from hiring the messenger of court was not even done using the due processes of public procurement. It was neither reported to the finance committee nor the full council. Expenses accrued by the council are supposed to be presented to the finance committee, but the CEO deliberately decided not to report it because he knew that what he did was not above the law,” the report read.

Rufasha is also said to have written to council employee Macmillan Nangatiza on September 3, 2020, stating that the local authority was in the process of repossessing his stand, despite a 2018 council resolution.

“A letter from the CEO alone without the consultation or approval by a full sitting council does not supersede a standing resolution.”

Matanda-Moyo confirmed that they had received the report. “Yes, it’s under investigations,” she said.

Chiri said: “I cannot recall receiving such a report. However, I will check and confirm on Monday.”