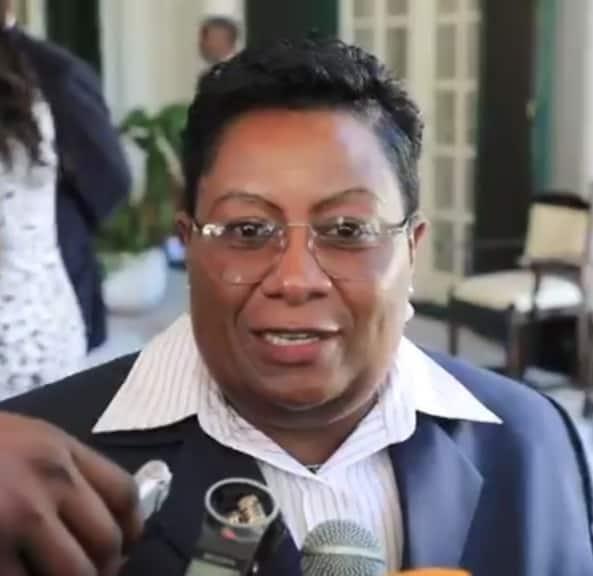 (c) THE arrest of Tourism and Hospitality minister Prisca Mupfumira by the
Zimbabwe Anti-Corruption Commission (Zacc) last Thursday has been met with
mixed feelings.

On one hand, there are those who believe that the change of guard at the
commission has paid off. For once, Zacc is now showing some teeth by going
beyond the small fish and rivals of the ruling Zanu PF in its fight
against corruption.
But others are not convinced.

They still view Mupfumira as “a nonentity” in the governing party’s scheme
of things. According to this school of thought, it is either that the
Tourism minister is being made a sacrificial lamb so that President
Emmerson Mnangagwa’s administration could be seen to be doing something
about rooting out graft in high places or she has become an early victim
of the factional wars unravelling in Zanu PF.
Notwithstanding the mixed feelings, Zacc commissioners must feel
encouraged by those who have welcomed its efforts and take note of the
concerns of the doubting Thomases.
Our belief, though, is that it is still too early to judge Zacc.

Loice Matanda-Moyo and her team at the commission must be given sufficient
time, space and support to prove their mettle.
But for them to succeed, they must ensure that Zacc exercises its
independence in the fight against graft, which is now rampant in our
society.

This is not going to be easy considering that very few in the governing
party have clean hands, making the fight against corruption a high-stakes
game.

While Mupfumira deserves her day in court, one cannot understand why the
State rushed to have her incarcerated without first concluding its
investigations.

We say this because the acting chief magistrate Munamato Mutevedzi ruled
over the weekend in favour of the State which had applied to have
Mupfumira remanded in custody for 21 days to allow for investigators to
complete their work.

This does not seem to make sense. One of the fundamental principles of
justice is that one is presumed innocent until proven guilty, which means
that Mupfumira – never mind how serious the allegations against her could
be – still deserves her freedoms until it is proven otherwise.

Zacc must therefore leave no stone unturned in conducting its
investigations in all its cases and only move to effect arrests when it
has finalised investigations. When the State resorts to tactics synonymous
with the previous administration of former president Robert Mugabe which
was notorious for arresting and persecuting its perceived rivals before
concluding its investigations, Zimbabweans are justified in getting
worried.