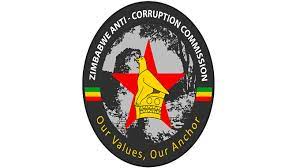 BY NHAU MANGIRAZI
KAROI residents have petitioned Parliament to rein in members of the Zimbabwe Anti-Corruption Commission (Zacc) which they accused of unprofessional conduct and bias.

The residents said the suspension of the town’s five top managers on full benefits and using official cars was draining the town’s meagre financial coffers.

They alleged that  their suspension had seriously compromised service delivery in the farming town. The managers are facing charges of fraud and criminal abuse of office, among others.

The Karoi Development Agenda (KDA), a coalition of residents organisations, accused Zacc of overstepping its mandate by delving into labour and civil matters instead of concentrating on issues of corruption.

In its petition dated May 27, 2022 and delivered to Clerk of Parliament Kennedy Chokuda, KDA called on Parliament to probe Zacc officials over suspected “usurping of power”.

The petition was also copied to Zacc chairperson Loice Matanda-Moyo and to Justice, Legal and Parliamentary Affairs secretary Virginia Mabhiza.

“KDA, having consulted its partners in civil society, is supported in this petition being funded by way of subscription from its members, and being the citizens of Zimbabwe. We are disturbed by the usurpation of civil and labour issues at Karoi Town Council by Zacc and selective application of investigations of cases. We are worried that Karoi Town Council has malfunctioned because of the onslaught by Zacc.

While acknowledging that good governance entail accountability and transparency which are of paramount importance and considering that the promotion, protection and fulfilment of resident’s rights also implies the performance of duties of everyone,” read part of the petition.

While the petitioners appreciated government efforts to fight corruption through Zacc, they accused the anti-graft body of “arm-twisting” council to reinstate housing director Sibongile Mujuruki who had been suspended over labour issues.

KDA also called on Zacc to be “fair and just” as mandated by its impartiality function under the Constitution.

KDA’s petition further read: “Zacc actions have seen a ballooned budget of the town because of payments of salaries to suspended officials and also the acting allowances. All vehicles have also gone with the suspended officials leaving council with no official vehicle.”

The petitioners pleaded with Parliament to ensure Zacc adheres to its functions as stipulated in the Constitution.

Chokuda did not respond to questions sent on his WhatsApp and didn’t answer calls on his mobile. Mabhiza said she had not received the petition.

“I am still yet to get the petition and I can’t say anything to you,” Mabhiza said.

In an interview, Matanda-Moyo said: “I can confirm that we have received the letter from Karoi residents’ organisations complaining about Zacc conduct in Karoi. Unfortunately, the petitioners are ill-informed about how we work.

They (petitioners) have been recruited to defend those at the helm of corruption in Karoi Town Council. We are deeply concerned that these issues of victimisation are coming out in Karoi where there are challenges of financial leakages and one of the people giving that information is being victimised.

“As Zacc, we are working on compliance and implementation matrix to plug suspected financial leakages and corruption, but our whistleblowers are on the receiving end, especially in Karoi. As it stands, an investigation is still ongoing and once it is out will definitely share with media so that the public is well informed.”

“This is not an isolated case as there is lot of financial abuse in organisations, but victimisation is rife,” Matanda-Moyo added.