ZANU PF Mashonaland East provincial chairperson Bernard Makokove last week landed himself in trouble with fellow party members who heckled him after he, in a suspected slip of the tongue, chanted a pro-Grace Mugabe slogan during a provincial co-ordinating committee meeting held to plot the First Family’s expulsion from the ruling party. 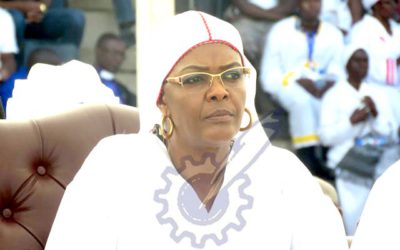 The meeting nearly turned violent as enraged party youths charged towards Makokove, labelling him a G40 functionary and ordering him to stand down for former provincial chairman Joel Biggie Matiza, who bounced back into the party structures and reclaimed his position.

Matiza was among over 100 senior party officials who were hounded out of Zanu PF at the height of the purge on former Vice-President Joice Mujuru’s allies in 2014.

In his address, Matiza pledged to reunite and strengthen the party ahead of next year’s crunch polls.

“It is now the time to strengthen the party that had been destroyed by corrupt and greedy people. It is time for us to unite and listen to one another as we go forward. We were being threatened in our homes and our security was at risk, but this is the time for us to build a strong party that has been under siege from the G40 cabal,” he said.