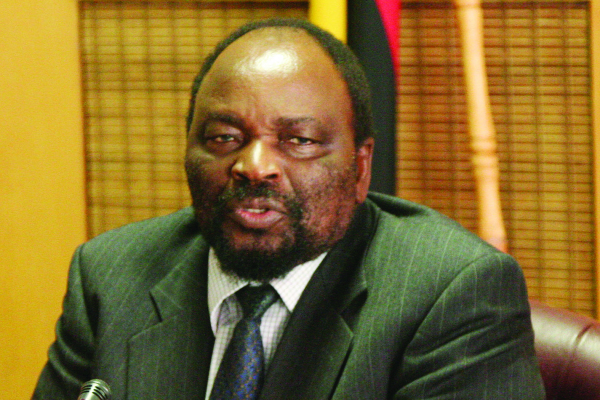 A ZANU PF politburo member has charged that the nationwide jostling for positions by party members in the ongoing restructuring exercise was aimed at self-enrichment.

Zanu PF secretary for external relations Simbarashe Mumbengegwi made the remarks while officiating at the Manicaland provincial co-ordinating committee meeting in Mutare on Saturday.

His statement came at a time party members were jostling to be elected to leadership positions in their respective provinces in next month’s internal elections.

Mumbengegwi, who was the guest of honour at the event, took the opportunity to warn ruling party officials against assuming leadership positions to amass wealth.

The ruling party is holding district executive elections this week in the country’s 10 provinces ahead of the provincial elections slated for next month.

“You should not be elected to get riches, you should be elected to serve the people, and you must seek office to produce results for the best of the land, Our President Emmerson Mnangagwa has always been saying that we should work for our nation,” he said

“Yes, we liberated our country in 1980, but the war is still on as we also need to liberate our economy,” he said

He added that Zanu PF was geared to win the 2023 elections resoundingly, and urged party members to vote in their numbers.

“We have noted with concern that we have party members when it comes to elections, so far we have 3,6 million registered voters, we are targeting five million votes,  so we are urging party leaders to go out there and mop up for more people to join our party, but I am
very sure we are going to win the elections resoundingly  come 2023,” he said.