Zanu PF has come out in defence of president-elect Emmerson Mnangagwa’s personal poor showing in the recent elections, which saw him garnering far less votes than his party’s parliamentary candidates. 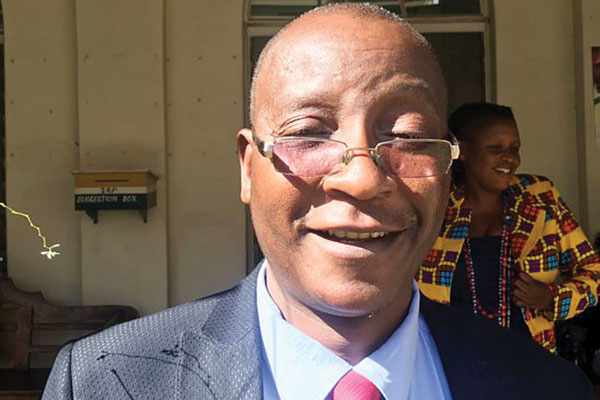 The development raises question on the presidential candidate’s popularity within the party that he seized control of through a military coup in November last year.

Mnangagwa’s chief election agent and outgoing Justice, Legal and Parliamentary Affairs minister Ziyambi Ziyambi said Mnangagwa failed to perform as well as his legislators “because of the short timeframe he has been at the helm of the party”.

“What is important to me is that the president won and the law says 50% plus 1 vote is required for one to be declared a winner and he got the mandate from the people,” Ziyambi said.

“The president came in November last year and he has been there for only seven months. I believe the performance is fantastic. What he has achieved, very few would have achieved it. He has made the country a free state and on top of that he managed to steer his party to get a two-thirds majority in parliament and him to get a mandate to lead the country.”

Mnangagwa’s rival, Nelson Chamisa got 44,3%. He entered the presidential race in February this year following the death of MDC founder Morgan Tsvangirai.

Despite Zanu PF getting an upper hand in parliamentary seats in Manicaland and Matabeleland North provinces, Mnangagwa was trounced by Chamisa in the presidential contest but managed to beat the youthful politician by huge margins in Mashonaland Central, Masvingo and Midlands provinces.

“That is okay (that Chamisa got in the race in February), but the transition in MDC is different from the transition in Zanu PF. Morgan Richard Tsvangirai was ill for some time and the party should have sorted their succession race and prepared for life after him long back, so to speak. We worked hard for this victory and gave hope to our people and we are going to deliver,” Ziyambi said.

In the parliamentary vote, Zanu PF has 145 seats while the MDC Alliance led by Chamisa has 65 seats, National Patriotic Front got one and independent candidate Temba Mliswa took another one.

The opposition main MDC-Alliance has however rejected the poll outcome claiming that Chamisa won the presidential vote with about 56% of the vote.