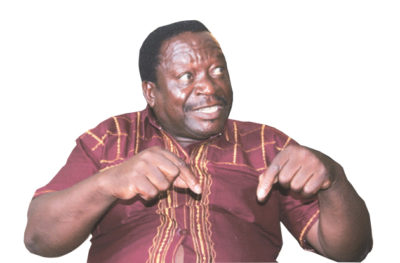 ZANU PF yesterday claimed that more MDC Alliance bigwigs were ready to jump ship to save their political careers after realising that the Nelson Chamisa-led opposition party was reaching a dead end, with the ruling party determined to finish it off ahead of the 2023 general elections.

Party national commissar Victor Matemadanda told NewsDay that the ruling party was targeting over five million votes in 2023 and was busy mobilising from across the political divide, mostly in Chamisa’s inner circles.

“I am in Bulawayo as I speak to you. I have had meetings with high-profile people from MDC Alliance who are joining Zanu PF very soon and in about a week or two, we are unveiling more bigwigs while others continue to bark,” he said.

“They are seeing the light and the light is in Zanu PF. We are not there to make noise or lies, but to make the country move forward and achieve our five million vote target. At that rate, we will probably reach 2023 with only five people or no one from the MDC Alliance.

“We are mobilising people even from MDC Alliance and all their formations, Mthwakazi and other parties. If we can talk to a person from any party to come to Zanu PF, we can surely not fail to talk to a Zanu PF person who was once G40 to join us. But we expect that person to get the correct orientation.”

Matemadanda said there was nothing wrong with Zanu PF pushing to decimate the main opposition party as that was part of the political game.

“If they are able to convince people in Zanu PF to join them, that is their strength and if we can’t have a programme to stop our people from defecting, that is our weakness,” he said.

The MDC-T has since lost former Kwekwe Central MP Blessing Chebundo, who was their local government secretary, to Zanu PF. The MDC Alliance also lost its deputy treasurer-general, Lillian Timveos to Zanu PF.

Chebundo, who Matemadanda said was retracing his roots as he is a former Zanu PF district chairperson for Kwekwe, and Timveos were unveiled as Zanu PF members at State House in Harare last week.

Matemadanda said talks between Zanu PF leader, President Emmerson Mnangagwa and Chamisa would only happen when the opposition leader concedes defeat in the 2018 presidential poll.

Chamisa has demanded that Mnangagwa’s illegitimacy be on top of the agenda for the talks and refused to be dragged into the Zanu PF leader’s Political Actors’ Dialogue platform, which he described as a “Zanu PF
monologue”.

“You must first accept that Zanu PF is led by Mnangagwa and you want to recognise that leadership. Chamisa thinks there is no President in this country and it brings us to the point that the MDC Alliance is saying they want to talk to Mnangagwa, but he doesn’t want to recognise his presidency,” Matemadanda said.

“We will never be happy as Zanu PF membership if President Mnangagwa engages Chamisa as long as he (Chamisa) does not recognise his leadership. First thing is Chamisa and anyone else wanting to talk to Mnangagwa must know he is the Zimbabwean President, then everything else comes in.”

He said Zanu PF was continuing with mass mobilisation strategies even in the lockdown period, arguing that the party was following World Health Organisation guidelines.

“There are things that are essential, like if you talk of the commissioning of the water project that will benefit the people of Matabeleland, that is essential, that is critical. People are dying in Bulawayo and the President cannot wait for COVID-19 to end for him to address a problem. That is absurd if someone is to think about that.”

The MDC Alliance has said it will remain unfazed by Zanu PF moves to infiltrate and decimate its structures, adding this would help sift chaff from real opposition activists.