‘Zanu PF has no monopoly over yellow colour’ 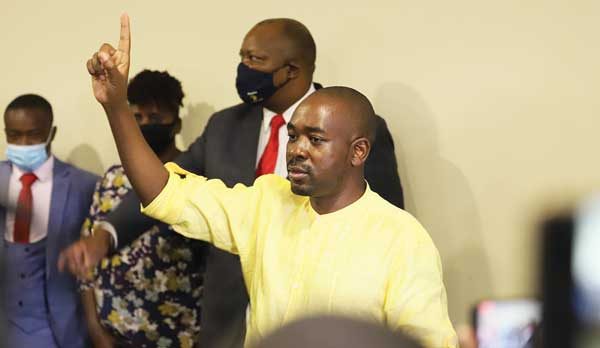 BY LORRAINE MUROMO
LEGAL experts yesterday said it would be unconstitutional for the ruling Zanu PF party to bar newly-formed Citizens Coalition for Change (CCC) led by Nelson Chamisa from using the yellow colour on its regalia and symbols.

Addressing a political rally in Chitungwiza at the weekend, ruling Zanu PF officials threatened to bar Chamisa from using the colour yellow as its party symbols, saying it was their colour as it signified mineral wealth.

“No one has a patent, trademark, copyright or any form of intellectual property right over a colour. No one can bar a competitor from using a particular colour,” he said.

“Trademark infringement is looked at holistically — name, symbol, design and colour. Under our laws, and under the laws of common sense, the alleged expression of interest to bar the use of a colour has no basis.”

Another legal expert Freddy Masarirevu added: “This is just a mere political skit or gimmick, and what I would specifically call political bantering. It will be an unfruitful challenge, trust me. Other than it being political bantering, I would not think that Zanu PF itself would sink low to that extent.”

He said Zanu PF was in panic mode, hence such pronouncements.

“It’s in their blood, they would want to give the impression that they are in control and can effectively triumph on anything and everything no matter how silly or trivial that thing can be. The ‘yellow movement’ has indeed caused panic and I expect those sort of rumours to emerge,” Masarirevu said, adding that there was no law in the country that could bar a political party from choosing certain colours.

“The discussion around colours is not even for the courts to determine in these circumstances. Colours are generic, and if we were to associate and give full rights to parties, we will certainly limit the number of political parties to the number of available colours, which is obviously undemocratic and unconstitutional.”

He said even in business, colours could be associated with a particular brand or company, but they can be accompanied by other distinct features peculiar to that company.

“Zanu PF cannot claim ownership of any colour,” he said.

CCC vice-president Tendai Biti said no one had proprietary rights or intellectual ownership over a trademark on any name.

“It would be irrational for anyone to claim ownership of any name, the same as suggesting that bananas abandon the colour yellow for red,” he said.