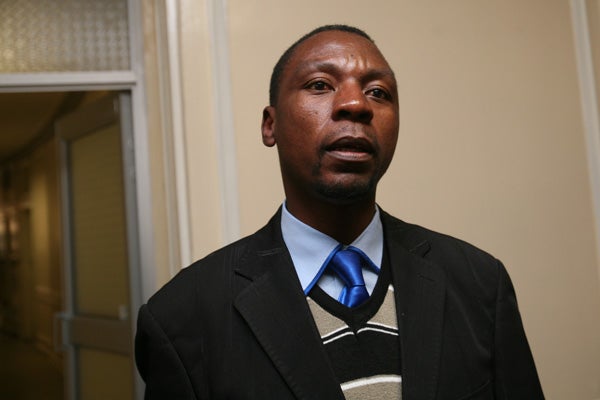 THE political rift between Zanu PF and the main opposition MDC continues to widen amid counter allegations centred on the series of abductions, torture and assaults on human rights activists and trade unionists.

In the aftermath of the abduction of Zimbabwe Hospital Doctors’ Association acting president Peter Magombeyi, the State and Zanu PF have alleged that these could be stage-managed or perpetrated by a third force bent on soiling President Emmerson Mnangagwa’s government.

Government, through the Foreign Affairs minister Sibusiso Moyo, State Security minister Owen Ncube and Home Affairs minister Cain Mathema have pointed to a third force that has been abducting people ahead of international or regional summits.

This has provoked a response from the MDC who said Zanu PF, which appears inseparable from the State, were the authors of the abductions, torture and assaults.

“Zimbabweans have suffered massive violence, abductions and murders at the hands of the State and Zanu PF. The ED regime cannot claim that the following events were choreographed and that a third force was responsible,” MDC deputy spokesperson Luke Tamborinyoka said in a statement.

The MDC invoked past cases of abductions the party suffered at the hands of the State.

“The Mnangagwa regime says it cannot be held liable for the violence currently taking place as the government cannot commit such dastardly acts during or ahead of crucial summits. Yet the facts confirm that Zanu PF has done it before,” the MDC said.

Tamborinyoka said history is replete with abductions and murders perpetrated by the State ahead of crucial summits.

“In May 2012, while a Sadc summit was in session in Luanda, Angola, Cephas Magura, the MDC chairperson for ward 1 in Mudzi North was murdered by Zanu PF thugs at Chimukoko Business Centre. President (Morgan) Tsvangirai, then the Prime Minister of Zimbabwe, had to alert Sadc leaders during the summit that one of the party’s supporters had been callously murdered by Zanu PF while the summit was in session,” he said.

The MDC said venue and time has never mattered much for Zanu PF and the government when it came to torture and abductions, saying they beat up party leader Nelson Chamisa at an airport in broad daylight.

“Venue and timing of violence have never mattered to Zanu PF. On May 18, 2007, Chamisa, then the MDC spokesperson, was seized and beaten at the Harare International Airport in front of frightened travellers as he headed for a European Union parliamentary conference in Brussels, Belgium. Eight men with iron bars beat him to pulp, took his passport, bags and laptop before speeding off in two cars, one without a licence plate. Seven of his assailants wore suits and one was in an army vest,” Tamborinyoka said.

“In May 2007, president Tsvangirai and other senior political and civic leaders were brutally assaulted inside Machipisa Police Station when they attended a Save Zimbabwe prayer meeting in Highfield. Mr Mnangagwa was one of the leaders of this government that perpetrated such heinous crimes inside a police station”
he said.

In the face of the examples which the MDC drew to include the August 1, 2018 killings of demonstrators, January 2019 shooting and beating of protesters by members of the police and army, Tamborinyoka said the third force can only be government and its arms.

“Can Mnangagwa tell us that it was a third force that was wearing police uniforms inside Machipisa Police Station in Highfield on that day? The State is culpable for the heinous acts against Zimbabweans. The illegitimate, scarfed regime of Mr Mnangagwa must explain the whereabouts of Magombeyi,” he said.