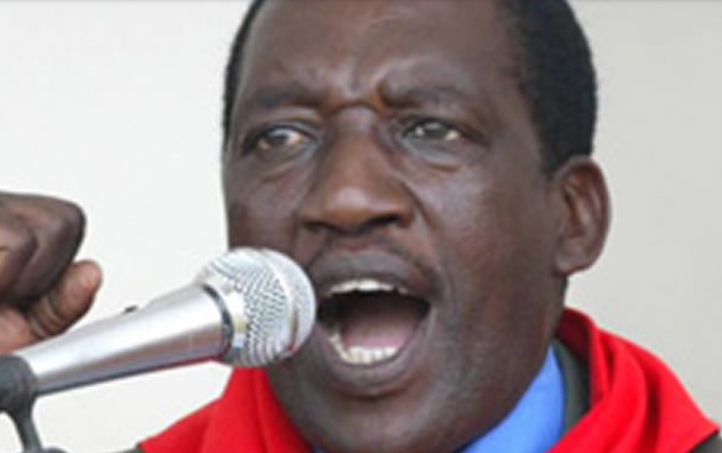 THE late Zanu PF politburo member and acting Bulawayo provincial chairperson Absolom Sikhosana died a pauper with well-wishers only chipping in two days before his death to pay for his prescribed medication as he had fallen on hard times, close family members have claimed.

The family members, who declined to be named, said well-wishers bought medication and had him transferred to a decent ward shortly before he succumbed to prostate cancer at United Bulawayo Hospital (UBH) on Friday.

The Zanu PF bigwig, who served for 10 years as national youth secretary in the politburo, had no medical aid and funeral policy, it has emerged.

Sikhosana has since been declared a national hero and will be buried at the National Hero’s Acre in Harare on a date yet to be announced.

“Sikhosana was admitted on Monday and he spent three days without treatment because the hospital had no drugs. He could not manage to buy the prescribed medication because he did not have money or medical aid,” the family source said.

The female family member said Sikhosana claimed to have been dumped by his erstwhile colleagues in Zanu PF.

“He was admitted in Forrester ward, a common ward for all-male patients. He was only helped by a Bulawayo party leader and businessman who requested his transfer to a private ward. Even his medication came two days before his death after intervention from elsewhere. He died drained and a pauper,” she said.

The source said the late politburo member’s remains were only collected from the mortuary by a private funeral company after government declared him a national hero.

.
“It was so disheartening for such a big name to die in that way after all he did for the coun￾try and party,” the source said.

“The body is no longer with us. It has been collected to a parlour,” Dzvanga said.

“I was not told by the family members, hospital officials or the party that the deceased
Zanu PF politburo member Sikhosana had challenges in terms of medical expenses. Whoever assisted him with the challenges did well.

I cannot comment further on this matter,” Ncube said.

Contacted for comment, Zanu PF secretary for administration Obert Mpofu said he only
got to know of Sikhosana’s cash challenges

” I got to know about the issue through the party that a member assisted Sikhosana when
he had financial challenges while admitted in hospital,” Mpofu said.

“The party will now have to pay back the member in question. It was not supposed to
be taken to the media that a member had as￾sisted him (Sikhosana). Why would someone
go to the media soon after assisting a fellow member?” he asked.