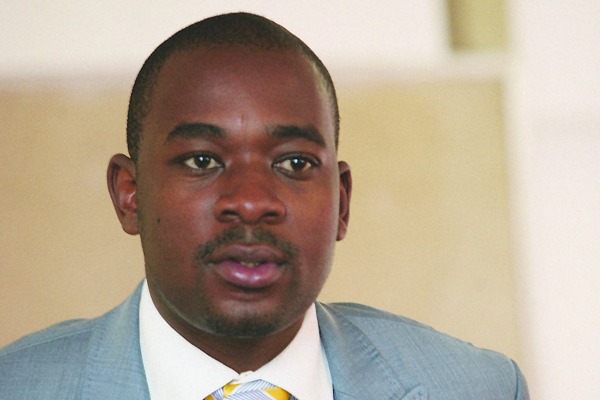 OPPOSITION MDC Alliance leader Nelson Chamisa has sought the intervention of the United Nations to facilitate investigations into the alleged abduction and torture of his three party members by suspected State security agents on Wednesday last week.

Party secretary for international relations Gladys Hlatywayo yesterday wrote to the United Nations (UN) Special Rapporteur on Torture and other Cruel, Inhuman and Degrading Treatment or Punishment, Nils Melzer in Geneva asking for an international probe team to visit Harare and investigate the matter.

Hlatywayo said the MDC Alliance no longer had faith in government probing its security services because of the Zanu PF-State conflation, hence the decision to appeal to the UN.

Part of the letter read: “My name is Gladys Hlatywayo and I am the secretary for international relations for the Movement for Democratic Alliance party (MDC A) led by advocate Nelson Chamisa in Zimbabwe. I am writing to your mandate to formally request support for an independent inquiry into the recent abduction, torture and sexual abuse of three female youth leaders of our party.

“This particular abduction is not isolated as the MDC Alliance has recorded 49 abductions by State agents outside the latest case since August 2019. In January 2019, 17 women were sexually assaulted by members of the military.

These violations are happening with impunity as no investigations are carried out and perpetrators are not held to account. In this particular latest case of the three MDC Alliance young female leaders, the police spokesperson [Assistant Commissioner Paul Nyathi] initially confirmed to the State-run newspaper, The Herald, that the three had been arrested, but the police later tweeted denying responsibility. Please open the following links for the two contradict￾ing statements made by the police.”

Hlatywayo told NewsDay it was time to bring the abductors to book.

“We have written to push the justice envelope. The manner in which the young women were first put in police custody and later handed over to unknown people is a serious indictment on the credibility of our institutions. Given this party-State conflation, it is, therefore, an impossibility for State organs to conduct a credible investigation. We are mobilising the international community to support our bid for justice for these young women. Torture, abductions and sexual abuse are serious international crimes and any norm-violating regime must be held to account. The crimes also obviously violate our national charter and cannot be allowed to go unchallenged,” she said.

Police initially told the State media that the activists were taken to Harare
Central Police Station, but later recanted the statement, saying they were unaware of their whereabouts.

They told journalists that they were blindfolded and whisked out of Harare Central Police Station and driven out of the capital, where they were thrown in a pit and tortured by suspected State security agents.

The MDC Alliance takes note with concern the reluctance, incapacity and unwillingness of the Mnangagwa regime to open a full and transparent investigation into the circumstances
leading to the arbitrary arrest, criminal detention, torture and sexual assault of
Joanah Mamombe, Cecilia Chimbiri and Netsai Marova,” she said.

“Given the human rights abuse track record of the Mnangagwa regime, the regime is conflicted, incapacitated and lacks political will to act to bring to a complete stop these crimes against humanity.

“The MDC Alliance demands that a prompt, thorough, impartial and effective investigation into this criminal act be launched by the United Nations.”

The trio’s lawyers Agency Gumbo and Jeremiah Bamu said it was within MDC’s rights to appeal for UN intervention.

“Zimbabwe is a signatory to the International Convention against Torture and Other Cruel, Inhuman or Degrading Treatment or Punishment,” Gumbo said.

“This is a human rights treaty under the purview of the United Nations.

This, therefore, means that a probe by the UN into the abduction and torture of the three MDC youths falls within the parameters of our laws and Constitution. The UN is thus called upon to audit the actions of its member States as it relates to any violations of treaties which States would have acceded to.”

But Zanu PF dismissed the alleged abduction as a ploy to court public sympathy and evade arrest for violating the lockdown restrictions, which attracts a heavy fine or a year in prison.

The ruling party’s legal affairs secretary Munyaradzi Paul Mangwana also said the UN would not be called upon to intervene in internal matters.

“Zimbabwe is a sovereign State, which is governed by its own statutes. The UN cannot be called in to intervene in the country’s internal affairs. That’s not possible. The UN can only govern relations between and among States. If the MDC has issues on the matter of the alleged abductions, it has to stick to local bodies and in this case, they can report the matter to the Zimbabwe Human Rights Commission,” he said.

Information deputy minister Energy Mutodi said: “Chamisa is working with enemies of the government and some ambitious individuals to overthrow a constitutionally elected government.

This is a dream that will never come to pass. He has failed on the election front
and many of his followers are deserting him due to his illegitimacy.

“The UN will not waste its time entertaining him as there are more important issues to deal with, especially now that we are faced with the coronavirus crisis.”

Yesterday, Home Affairs Kazembe Kazembe said he was aware of the interest the alleged disappearance of the three opposition officials and added that the police would leave no stone unturned in investigating the matter.

He said his ministry had directed Police Commissioner-General Godwin Matanga to institute a full investigation.

“This inquiry will also include the way the story was covered in the media in order to iron a lot of grey areas for the benefit of the public and, in the process, reveal the correct circumstances in the whole matter,” Kazembe said.