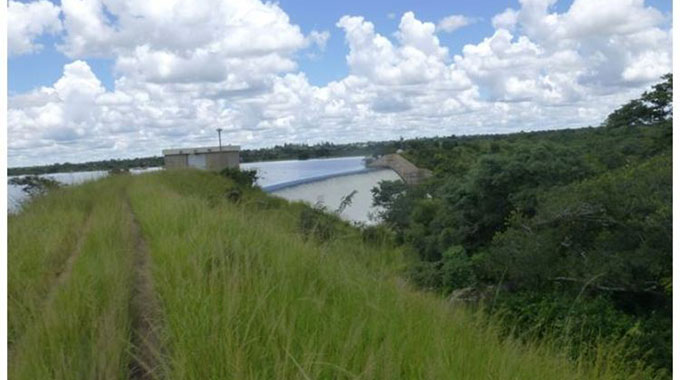 By Moses MatengaHARARE City Council officials are in the eye of a storm after awarding a 23-year lease of Harava Dam at a cost of $3 000 to a Zanu PF official, who is now using the water for brick moulding at a time the local authority is struggling to supply residents with the commodity.

Council confirmed the government was now investigating how an individual was given the lease for Harava Dam.

It also emerged that the matter was discussed when council officials met Harare provincial development coordinator (PDC) Tafadzwa Muguti, who quizzed them on the matter early this month.

“Government is investigating how an individual was given the lease of Harava Dam when the dam is supposed to feed the whole city.

“The individual makes bricks, the dam has dried up,” the City of Harare said.

Harare mayor Jacob Mafume yesterday said they were investigating how the dam was leased to an individual.

“We are looking into the circumstances of the lease of that dam,” Mafume said.

“It is one of our water sources, therefore, it is important for us to maintain its ownership with the city and that it be used in an ecologically sensitive manner.”

He said the lease was signed before his time and he was nowhere near the process.

“The person, who got the lease came masquerading as a state agent and worked his way until he got the lease,” said a council official.

“The lease was later signed by the deputy mayor, then Mupamaonde, after a finance committee meeting,” a council official said.

Mutambirwa confirmed the leasing of the facility to a Zanu PF official only identified as Zhakata, but added that everything was above board.

“I don’t award leases. I just write a recommendation to the council and council decides whether it is possible or not,” he said.

“Prior to that, a person applies for the lease, then we send it to planning. They then plan and I think it takes three years or so, they then return the report to us for us to report to the council and all this was done.

“The finance committee approved that and the full council adopted, then we also did an advert in terms of the law which then culminated into a lease agreement.”

He said he was not aware that the Zanu PF official was using water from the dam to mould bricks.

“I am not aware of that, but when we went to the PDC’s office, we engaged the lessee, but he said he was not involved in brick moulding and fingered people from the nearby areas including an area called Mayambara,” Mutambirwa said.

“We knew he was from Zanu PF and he did all processes for about three to four years before he was granted the lease.”

According to the Water Act, water bodies in the country are managed by the Zimbabwe National Water Authority, which provides local authorities, including Harare, with potable water.