Source: Calls for new body to tackle Gukurahundi | The Standard

Zimbabwe needs an independent commission to effectively address the emotive Gukurahundi issue as the statutory National Peace and Reconciliation Commission (NPRC) has proven to be a disaster, critics say.By NQOBANI NDLOVU/PRAISEMORE SITHOLE 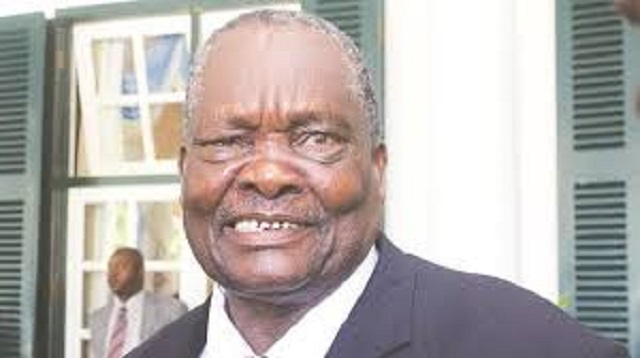 Parliament’s standing rules and orders committee recently called on the public to nominate persons to be considered for appointment as members of the NPRC whose five-year term expires in February 2021.

The deadline for submission of the nominations is December 4, 2020.

However, the process does not affect the position of current chairperson Sello Nare, who was sworn into the post in March 2018. Nare took over from the late former speaker of Parliament Cyril Ndebele.

Established under Section 251 to 253 of the constitution adopted in 2013, critics argue the commission has failed in its mandate to ensure post-conflict hearings and reconciliation particularly with regard to the mass killings in Matabeleland in the 1980s.

Critics dismiss it as a mere talk-show body with nothing to show for its existence Effie Ncube a Bulawayo-based activist, said a special commission independent from government claws can be better placed to do the job.

“The Gukurahundi genocide is a complicated matter that requires a special commission with the necessary complete set of skills and experience in international law, forensic exhumations, psychosocial support, and mass atrocity criminal investigations and prosecutions,” Ncube said.

“This means the body must include and be led by people, who have investigated and prosecuted genocide and crimes against humanity in other countries.

“Time is also of essence.

“Therefore, there must be a body entirely dedicated to addressing the Gukurahundi genocide.”

There have been reports of underfunding of the NPRC to ostensibly frustrate its work.

In December, 2018, the NPRC appeared before the parliamentary portfolio committee on justice, legal and parliamentary affairs and senate’s thematic committee on human rights and pleaded incapacitation because of inadequate funding from the Treasury.

Mbuso Fuzwayo, the coordinator of the Ibhetshu LikaZulu pressure group that has been vocal in its push for Gukurahundi redress, weighed in saying lack of political support from the government remains a bulwark to the NPRC to carry out its mandate.

“We might have people of integrity, people who are committed in doing their work but as long as there is a government that is politicking about this issue, nothing will be done in resolving the Gukurahundi issue by the NPRC,” Fuzwayo said.

“The NPRC’s role is no longer clear…we also have the president meeting the chiefs minus the commission, and the question is: Do they have the constitutional mandate to address Gukurahundi?

“Why is he undermining what Zimbabweans asked for (NPRC) to make sure that it fails? A body free from government tentacles is the only option.”

The NPRC lost seven years of its 10-year lifespan as it was not operational from 2013 as expected after the promulgation of the constitution due to lack of an enabling Act to operationalise it.

It has a backlog of cases.

In February 2019, former MDC Alliance proportional representation legislator Concillia Chinanzvavana (pictured) had to take President Emmerson Mnangagwa to the Masvingo High Court seeking a ruling forcing him to extend the tenure of the NPRC by 10 years from 2018 when it was sworn in as prescribed by the constitution.

Justice Joseph Mafusire ruled in her favour meaning the NPRC will be operational until 2028, but to date, its lifespan has not been extended and is set to expire in 2023.