Source: ZANU PF Official Who Went Missing On 19 June Has Been Found – ZRP 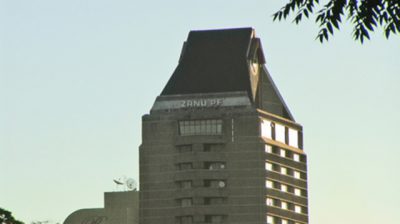 The Zimbabwe Republic Police (ZRP) has reported that a ZANU PF official who went missing on the 19th of June this year has been found. In a statement seen by Pindula News, ZRP said Nicholas Madzianike is being interviewed by police. Reads the statement:

The ZRP reports that the missing ZANU PF Youth Chairman for Bumba District in Chimanimani, Nicholas Madzianike who went missing on 19/06/22 has been found and is currently being interviewed by the Police.

Police added that more details on the case would be released in due course.

It was alleged that he was dragged out of Chisedze Bar at Bumba Business Centre over an undisclosed issue by three suspects, Chengetanai Musudu, Hakata Musudu and Aaron Chizemo, who were taken in by police to assist with investigations.