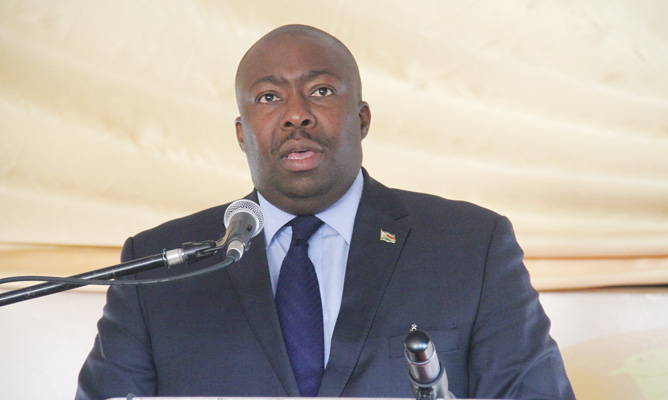 BY TAPFUMANEI MUCHABAIWA
A NEWLY-LAUNCHED political outfit going by the monicker Zanu PF Original has called on self-exiled former Cabinet minister Saviour “Tyson” Kasukuwere to come back home and lead the party’s campaign ahead of next year’s poll.

Jim Kunaka, a former Zanu PF youth leader who led a notorious terror group called Chipangano and was later ditched by his party in dramatic fashion as factional fights escalated in the then Robert Mugabe-led Zanu PF, announced the arrival of a new political outfit, the Zanu PF Original, describing President Emmerson Mnangagwa’s Lacoste faction as a group of power mongers.

Kunaka and Kasukuwere are remnants of the Zanu PF Generation 40 (G40) faction which fought against Mnangagwa’s Lacoste faction in the run-up to the 2017 coup.

Several G40 leaders went into self-imposed exile during and soon after the 2017 coup.

“As much as Kasukuwere is from Mashonaland Central province, we want to make it clear that he is not provincial leadership material, but a national leader. That is why we have people coming from all the provinces to say to comrade Kasukuwere that Zimbabwe is waiting for you,” Kunaka said.

“We are fully behind you. Come back and lead the people. You are not alone and you shall never walk alone. We want to reclaim our revolution and party which was hijacked by the Lacoste power mongers.”

Efforts to get a comment from Kasukuwere were in vain.

However, political commentator Vivid Gwede said the formation of the new outfit was a sign of unresolved leadership questions within Zanu PF.

“This is a sign of the unresolved leadership questions within Zanu-PF since the coup. The formation of this group must not be disassociated from related developments such as the court challenge against the party’s leadership all pointing to internal disgruntlement and factionalism,” Gwede said.

Academic Methuseli Moyo said the power struggles in the ruling party have been evident since the 2017 coup.

“Some elements that were vanquished during the 2017 power struggle in Zanu PF have been contemplating ways of wresting control of the party. Perhaps the so-called Zanu PF Original is the vehicle for that purpose,” Moyo said.

“Delusions of grandeur by expelled members sponsored by some members of the fallen G40 cabal. There is only one Zanu PF led by @edmnangagwa and it will win the 2023 elections resoundingly. Willing tools of the fallen cabal may continue hallucinating, they will not win,” Chirau said.