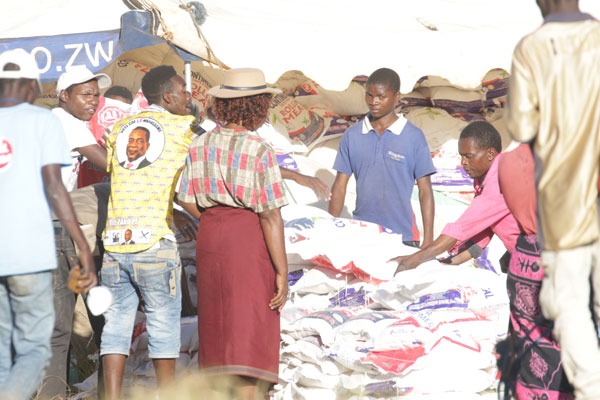 BY SILAS NKALA
The Zanu PF leadership in Bulawayo has pledged to continue with its food distribution programme in the city despite its drubbing by the opposition Citizens Coalition for Change (CCC) party which won all the contested parliamentary and council seats in by-elections held on Saturday.

“We are continuing with our mealie-meal distribution to communities immediately after the elections. Our community programme was never about by-elections. We are currently distributing at Isilwane Grounds in Pumula North,” Chiponda said.

“In total, we are targeting 5 000 households. We covered 1 800 today (Monday), we are prioritising the aged, people with disability and child-headed households.  We are currently working in Pumula. The programme is totally non-partisan, beneficiaries are being identified through residents groups.”

“We didn’t want it to be swallowed up by the by-election events and so this should not be mistaken for a campaign gimmick, we are genuinely assisting vulnerable households,” Chiponda said.

“It is very sad. It is a vote-buying gimmick, unfortunately it did not work. If you see them giving out food, it means that they have failed to finish
the food themselves,” Shoko said.