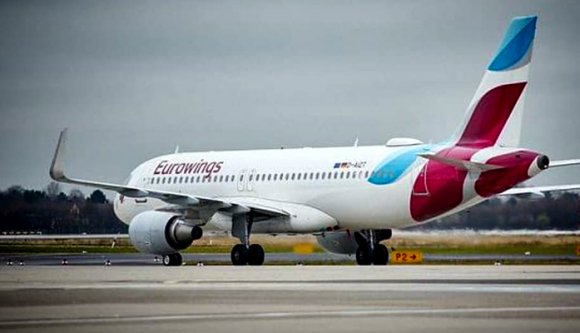 BY SHAME MAKOSHORI
ONE of Zimbabwe’s biggest leisure chains yesterday predicted a dramatic upswing in arrivals, as Germany’s biggest airline prepared for its maiden adventure on the Windhoek-Victoria Falls route today.

Eurowings, a subsidiary of Lufthansa Group, launches three weekly frequencies from Frankfurt via Windhoek in Namibia, into Victoria Falls.

The launch gives impetus to Zimbabwe’s push to rebuild a tourism sector that has been paralysed by pandemic-induced headwinds since 2020, leaving a trail of corporate graveyards across key resorts.

In a statement ahead of today’s flight, Africa Albida Tourism (AAT), which operates top-end hospitality gems, including the world-acclaimed Victoria Falls Safari Lodge, said Eurowings’ arrival would quicken the rebound that until now, had only been a pipedream.

“The impact on tourism not only in Victoria Falls and the rest of Zimbabwe, but on the region, cannot and should not be underestimated given the importance of the air access that is now happening,” AAT chief executive Ross Kennedy said.

“Having an airline committed to a destination and region as Lufthansa has shown with Africa, and southern Africa in particular, really makes a huge impact on the future of tourism. The positivity this brings is immense, and the investment that went into the new
Victoria Falls airport needs to be recognised. Seeing the airlines coming in now and others in talks with authorities is further endorsement of the importance of Victoria Falls as a tourism hub in the region,” Kennedy said.

An airline influx will transform Victoria Falls into a gateway to the largely under-exposed Kavango Zambezi Transfrontier Conservation Area.

This is a vast wildlife park that sits at the heart of Angola, Botswana, Namibia, Zambia and Zimbabwe.

Eurowings is one of several regional and international flights that have been exploring the viability of connecting Victoria Falls with global markets.

The airline will introduce frequencies between Victoria Falls and Maun, Botswana, from June 30.

These will complement Mack Air, which already operates flights on the route.

“These routes are in addition to Ethiopian Airlines already flying into Victoria Falls from Addis Ababa; fastjet, daily from Johannesburg and Harare; British Airways (operated by ComAir) from Johannesburg and Kenya Airways from Nairobi and to Cape Town. SA Airlink also services the Victoria Falls-Cape Town route, while Air Zimbabwe links Harare and Bulawayo with the tourist attraction,” Kennedy said.

“There is talk of new commercial operators in the Zimbabwe airspace, so increasingly allowing flexibility, choice and of course competition,” Kennedy said.