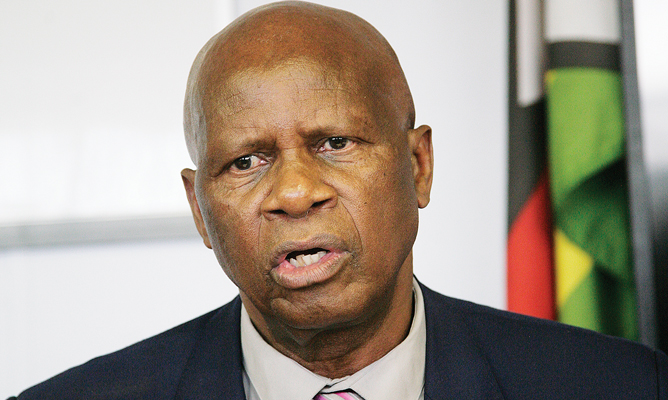 THE ruling Zanu PF party has said government will only cave in on diaspora votes after the West has lifted economic embargoes it imposed on Zimbabwe.

Opposition parties, mainly the Nelson Chamisa-led MDC Alliance, have been calling for electoral reforms to, among other issues, allow for millions of Zimbabweans in the diaspora to vote in national elections.

Over five million Zimbabweans are believed to be living in the diaspora, after leaving the country at the turn of the millennium for greener pastures, citing political persecution and the economic meltdown back home.

But on Thursday, the ruling party’s acting political commissar Patrick Chinamasa said government would only consider the opposition’s demands on condition that the West has lifted the
sanctions.

“If you want a diaspora vote, first level the playing field by removing sanctions so that Zanu PF can go there and campaign freely without being vetted against sanctions,” he said.

“We will not allow those in the diaspora the right to vote because we are under sanctions in those countries.”

Zimbabwe was slapped with Western sanctions for over two decades over human rights abuses and the 2000 violent land reform programme .

Efforts to have the embargoes removed have successively failed despite Harare courting the Southern African Development Community and the African Union to launch solidarity campaigns.

“I cannot go to campaign in the United Kingdom because of sanctions as we all know, and as long as that situation persists, we will say no vote to people in the diaspora because we will be allowing only those who have been asking for sanctions to have access to that electorate,” he said.

“That, of course, is not acceptable, and we will not allow it. Sanctions must fall and then we will start talking about diaspora vote.”