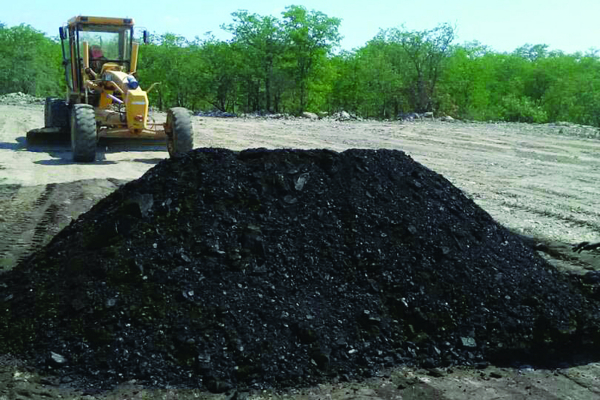 CHINESE firm, BEIFA Investment (Pvt) Limited has petitioned the ruling Zanu PF party to rein in its shadow MP Reed Dube after he allegedly visited the disputed coal mine project in Dinde, Hwange, in a marked party vehicle and incited villagers to resist the company’s site mobilisation process.

The developments came a few days after the company reportedly started coal mining operations after disregarding objections raised by the community members who argued that the project would displace them.

“They came driving the Zanu PF Hwange Central constituency vehicle (Reg number: AEI 7737). He said he was sent by the Speaker of Parliament (Jacob Mudenda), who is also sending the Parliamentary Portfolio Committee to Dinde in the near future. The two Zanu PF officials incited the community members to resist our site mobilisation.”

Zheng Qiao said Dube told the people to beat up the investors and burn their tents.

He said the project was of national importance as it proposed a 270 megawatt power plant which is one-third of Hwange’s installed capacity.

Yesterday, Moyo, who is also Matabeleland North Provincial Affairs minister, said the party’s provincial leadership and government had received the complaint and had asked the police to assist and stop the disturbances.

“We have intervened and engaged the police to assist the company. One Chuma has since been arrested and is in police custody as we speak because he tried to burn the company’s tents. The company is doing mining legally, and it was issued with a mining licence by the Ministry of Mines and they are investing,” Moyo said.

Dinde is home to thousands of Nambyas and Tongas resettled after their relocation from Sinamatela area in the 1920s to pave way for the Hwange National Park.