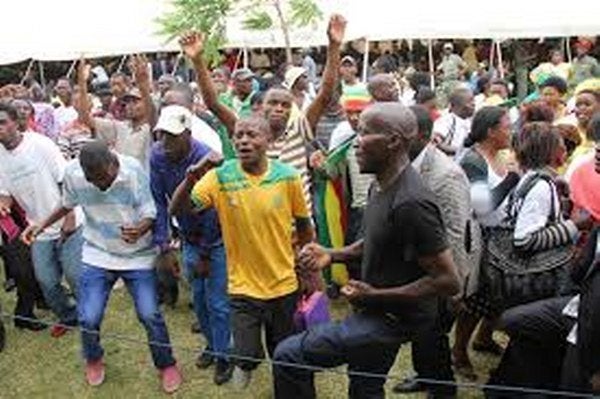 ZANU PF is targeting civil servants in its new recruitment drive and wants government workers to be given posts in the ruling party structures, a senior official has said.

Matemadanda said leaving out civil servants was a mistake because they ended up not up to speed with political developments and felt alienated from government functions.

“We must give them posts because they are part of us. We must work with them and involve them because they work amongst us,” he said.

“Where they show leadership potential, we must give them posts.

“For us to say they should not participate in politics when they already do is a joke.

“We must also work hand in hand with civil servants deployed in our areas so that they feel at home.

“Provide them with water, give them drought relief packages and make every effort to make them feel comfortable because they are within us to work for us.”

Junior civil servants are, however, permitted to participate in political activities, but must be politically neutral in the exercise of their duties.

Matemadanda said it was a joke to believe civil servants do not participate in politics.

Some civil servants unions and workers bodies have been linked to the opposition parties as their alliances.

Matemadanda, who is also the War Veterans deputy minister, asked the now old men and women that participated in the liberation struggle and are regarded as the backbone of Zanu PF to warm up to the civil servants or risk losing them to the opposition.

“Rural teachers should be assisted and be made comfortable because they teach our children,” he said.

Asked by journalists about the party’s renewal policy considering they faced the MDC led by a youthful Nelson Chamisa Matemadanda said he was a new political commissar and that showed renewal.

“Of course I know you mean we have been fishing from the same pond in terms of some positions,” he said.

“We are looking at that as well. “You heard what we said about district coordination committees and that is renewal.”

Turning to the opposition MDC Alliance Matemadanda told his party members to keep their eyes on the ball and not listen to Chamisa.

He said Chamisa was an attention seeker, who allegedly wanted to derail the Zanu PF government.

Matemadanda asked Matabeleland regions to support Finance and Economic Development minister Mthuli Ncube, whom he described as the best head of treasury ever.

He chastised former president Robert Mugabe for turning his back on Zanu PF, a party he had led for decades.

“He was too old and when we asked him to rest he said he would vote Chamisa. It’s a wrong investment we made in him,” Matemadanda said.