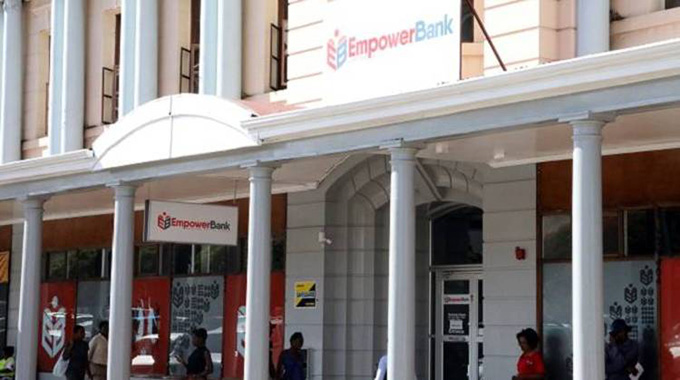 This comes amid revelations that the financial institution only served 1 319 youths in Bulawayo province over a four-year period.

EB was launched by Mnangagwa in 2018 to provide social and financial solutions to the financially-excluded population, the  youths.

The Zanu PF youths made the accusation during a Parliamentary Portfolio Committee on Youth, Sports, Arts and Recreation public hearing on Friday chaired  by Vungu legislator Omega Sibanda (Zanu PF).

Legislators wanted to gather information on opportunities created and challenges youths have faced since the opening of the bank in 2018.

“The language of some bank staff members is unprofessional. That, on its own, poses more costs to the youth. The bank also lacks a sense of urgency when it comes to funding and processing funds for youth projects as some loans take too long to be approved.”

“The bank has no proper structures that make follow-ups to check if the loans applied for are approved. The bank also does not have any programmes of monitoring the youth before giving them loans,” Murechu said.

Zanu PF Bulawayo youth league secretary for security, Godknows Mdhari also said: “The bank does not have interests pertaining to youth empowerment because they are not eager to market youth businesses. Decentralisation is also another problem that EB poses to the youth in Bulawayo province.

Ronald Ngwenya, a small-holder farmer who produces mushrooms said he faced a problem of collateral and guarantors when he approached the bank seeking for a loan to start his business.

Responding to the accusations, EB retail manager Betty Sibanda said most loan applications that reached her desk only took two days to be approved.

“Some loans that come to my desk only take two to 14 days to be approved, but two weeks and above for those that have larger amounts of US$1 000, which can only be approved and signed for by the retail bank manager,” Sibanda said.  She said Bulawayo province had the highest number of  loan applicants. The bank approved 1 319 loans out of 1 371 in four years. Only 52 applications were not approved.