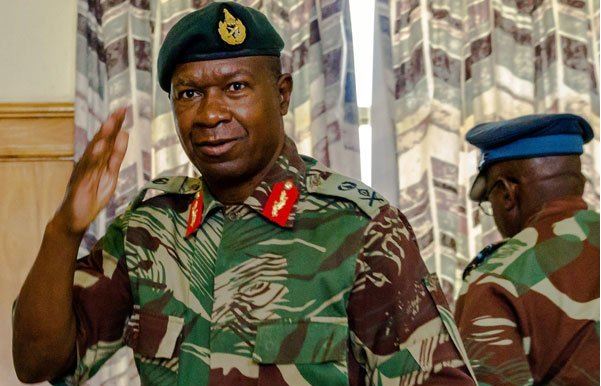 A HARARE motorist, who on Monday rammed into Zimbabwe Defence Forces Commander Philip Valerio Sibanda’s motorcade has been slapped with a 12-month jail term for negligent driving.

Sinoia Desmond was convicted and sentenced on his own plea of guilty. The court heard that Desmond rammed onto the side of Sibanda’s Mercedes Benz and missed the army chief by a whisker.

Desmond failed to allow the army boss’ motorcade to pass and ignored a give way sign along Glenara Avenue in Harare, leading to the accident.

Magistrate Barbara Mateko ruled that Desmond failed to give reasons for failing to observe road rules.

Sibanda was in the company of his aide, Squadron leader Mark Pride Mangwende.