ZDF hands over 28 houses in Gweru

Source: ZDF hands over 28 houses in Gweru | The Herald

The Zimbabwe Defence Forces (ZDF) handed over houses built under its benefit fund to its members in Ascot, Gweru yesterday. This is part of the ZDF housing programme in line with Government’s vision of attaining an upper middle class economy by 2030. The beneficiaries, most of them who are low ranking members, commended the Government and the ZDF for providing them with shelter which they said was one of the basic human needs

AT Least 28 low-ranking members of the Zimbabwe Defence Forces (ZDF) were yesterday given houses in Gweru as part of a programme aimed at providing decent housing for army personnel.

The houses were built under the Zimbabwe Defence Forces Benefit Fund (ZDF-BF).

Some of the beneficiaries of the housing programme hailed Government and the ZDF for providing them with accommodation which they said was a basic human need.

Sergeant Tendai Tomba said she was happy that Government was helping its employees to own houses.

“I am very elated that with the help of Government and my employers the ZDF, I now own a house. At my age, it is an achievement in life and I am very happy,” she said.

Another beneficiary Corporal Tawanda Murumbi said: “The reason why we all go to work is for us to provide shelter and food for our families and now that I own a house I have peace of mind. This was going to be difficult without help from the ZDF. I am proud of my employer for this recognition,” he said. 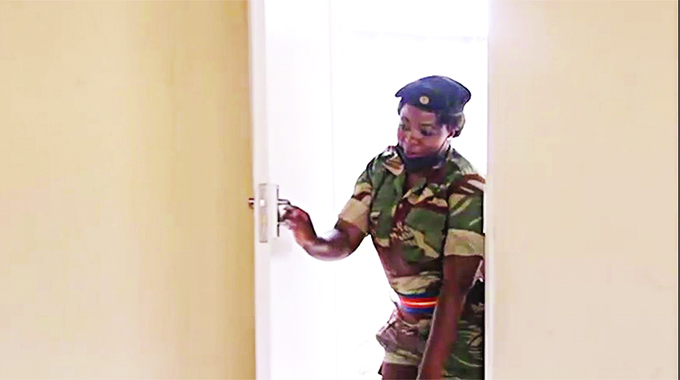 Josiah Tungamirai Airbase Commander, Air Commodore Mascelino Jaya who was the guest of honour said the ZDF was working in line with Government’s vision to attain an upper middle income economy by 2030.

He said this vision could only be achieved if the ZDF played its part by providing decent housing for its employees.

“His Excellency, the President of the Republic of Zimbabwe and Commander in Chief of the ZDF, Cde Emmerson Mnangagwa, affirmed that his vision is that by the year 2030, the country would have attained an upper middle class economy status.

“In line with this Government’s sustainable development agenda, the ZDF established the ZDF-BF to provide affordable housing for its members.

“The construction of houses throughout the country is meant to spur development in various districts across the provinces by addressing one of the basic human needs,” he said.

Air Commondore Jaya said those who were benefiting under the ZDF-BF should safeguard their properties and improve them.

“To those who have benefited, take note that these houses are for your families. Do not rush to dispose of them as a way of raising quick money,” he said.

ZDF-BF director Colonel Blessing Maraire said it was now mandatory for any person joining the ZDF to be part of the benefit fund.

He said even retired members of the force could still benefit under the fund.

“It used to be optional to join the benefit fund when it was launched in 1988 but now it is mandatory to be part of the ZDF BF. Even if one retires, he or she can continue to be a member and can benefit even in retirement as witnessed today,” he said.