ZEC boss digs in on ballot

MDC Alliance president Nelson Chamisa raised the ante in the opposition’s fight to force the Zimbabwe Electoral Commission (ZEC) to be open about the selection of a printer for ballot papers for the forthcoming elections during his trip to the United Kingdom last week. 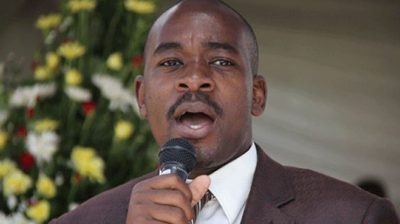 Chamisa says they have identified the printing of ballot papers as one of the potential sources of rigging by President Emmerson Mnangagwa in the forthcoming elections and they will insist on transparency.

Our senior reporter Xolisani Ncube (XN) yesterday had an exclusive interview with ZEC chairperson Priscilla Chigumba (PC), who insisted that the selection of a printer was being done in terms of the law.

Chigumba said a number of issues had to be considered when selecting a printer such as security and capacity.

She also defended ZEC’s electoral preparations saying the electoral body, which in the past has been accused of being an appendage of the ruling Zanu PF, was engaging all parties to ensure that the process was transparent.

Chigumba also spoke about previous interference by police in ZEC activities and the alleged meddling by the military.

XN: There is a feeling that Zec is resisting calls for an open tender to select the printer for ballot papers to be used in the forthcoming elections. Why are you not willing to open the process to scrutiny?

PC: The feeling is misplaced and regretted. What the commission has done is legal and above board.

ZEC has opted to use the direct procurement method provided for in terms of Section 33 (2) (b) of the Public Procurement and Disposal of Public Assets Act [Chapter 22:23] after considering issues such as quality of service and security, among others.

Therefore, there is nothing secretive about the printer and the ballot papers printed or to be printed for an election.

ZEC will publish this information in the same way it has always done with other elections.

XN: The main opposition parties have raised a number of issues suggesting that preparations for the forthcoming elections are not as transparent as they should be. What are you doing to ensure that voters and candidates have confidence in ZEC?

PC: The Zimbabwe Electoral Commission has been engaging all political parties, including the main opposition, through stakeholder meetings with the latest being the one held at Crown Plaza Monomotapa Hotel on May 8, 2018 where it (the MDC-T) was represented.

We have also worked together with all political parties represented in Parliament on issues related to the electoral code of conduct for political parties and candidates and election dispute resolution mechanisms, among others.

Further, we are amenable to any recommendations on enhancing transparency if these are brought to our attention, especially at our established engagement platforms rather than through the media.

We believe we have tried to be transparent to all and that should be the spirit as we go for elections.

On the question of what we are doing to build confidence, like I have alluded to, the commission will also roll out robust voter education programmes and continue with stakeholder meetings to ensure that all stakeholders have confidence in it.

This is a process and not an event.

XN: You were quoted recently bemoaning interference by the police in previous elections. What guarantees can you give that the security forces will not meddle in the electoral process?

PC: The sentiments were mainly to address the perceptions raised by stakeholders.

Section 55 (2) (a) of the Electoral Act [Chapter 2:13] gives authority to the presiding officer to keep order at polling stations and he or she may enlist the assistance of the police at his or her discretion.

In other words, it is the law that firmly places the presiding officer in charge of the polling station during an election with all others, including the police, playing a complementary role.

XN: Will ZEC give candidates access to the voters’ roll before the elections?

PC: It is a requirement of the law in terms of Section 21 (6) of the Electoral Act to provide candidates with copies of the voters’ roll soon after nomination.
This is free of charge if it is in electronic form and for a prescribed fee if it is in printed form.

XN: Does Zec have enough resources to fulfil its mandate?

XN: What are you doing to ensure there is adequate voter education before the elections?

PC: ZEC is going to conduct various voter education programmes using different methodologies, including publications in the print media, deployment of voter educators, road shows, billboards and roping in of the civil society to ensure that it reaches out to the electorate.

XN: What role do soldiers play in Zec and why are you not heeding opposition parties’ calls to remove them?

PC: We have answered this question many times before. We do not have any serving members of the army within ZEC.

XN: Do you believe ZEC is independent enough to discharge its duties to the satisfaction of all candidates that will take part in elections in Zimbabwe?

PC: Yes, ZEC’s independence is guaranteed in terms of Section 235 of the constitution of Zimbabwe. What is required is for citizens to have trust in the institutions they have created for themselves.