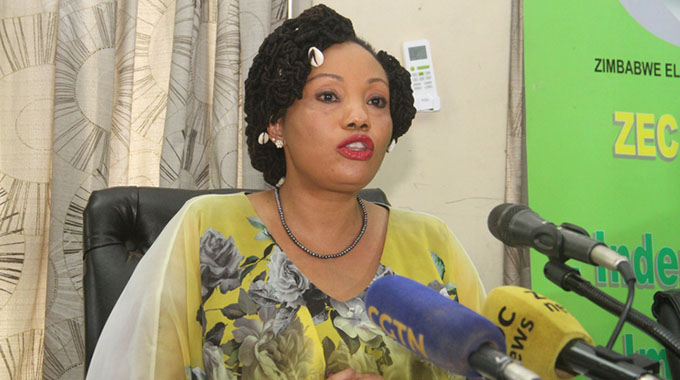 Herald Reporter
The Zimbabwe Electoral Commission (ZEC) has condemned Saturday’s explosion at President Mnangagwa’s White City Stadium campaign rally which subsequently killed two people and left 47 injured. In a statement last night, ZEC chairperson Justice Priscilla Chigumba said the attack had the effect of retarding strides the country had attained towards realisation of a peaceful environment. “Such a horrific attack targeted at participants exercising their constitutional and democratic right to associate at a political rally is a drawback to electoral democracy and should not be allowed to take root in our country.

The incident is regrettable and marks an unprecedented event in the history of the country’s politics. The country had made great strides to bring stability to electoral processes but such an attack erodes the foundation of one of the pillars of a democratic society which is peace,” said Justice Chigumba.

She said Zimbabweans were peace-loving people who desire to see a free, fair credible and peaceful elections devoid of any forms of violence.

Justice Chigumba conveyed her condolence to the bereaved families, following the death of two people. “ZEC remains committed to the conduct of credible elections and reiterate its call for all stakeholders to cooperate in the delivery of such an election,” said Justice Chigumba.