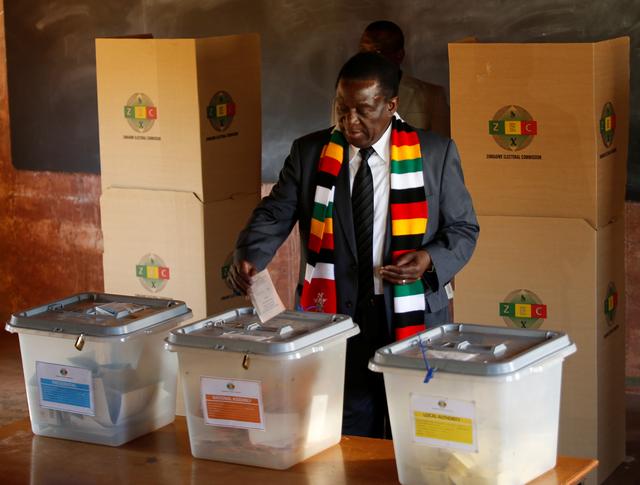 TINASHE KAIRIZA
THE recent announcement by the Zimbabwe Electoral Commission (Zec) that only 2000 new voters were registered in 2021 has once again raised credibility issues against the electoral body.

Zimbabwe, which emerged from the 2018 disputed elections narrowly won by President Emmerson Mnangagwa against MDC Alliance candidate Nelson Chamisa, is set to go to the polls in 2023 where the two political rivals are likely to battle for the number one office.

But prior to the 2023 elections, Zec will also conduct by-elections in 133 constituencies. The by-elections will be a litmus test on the preparedness of Zec to manage a credible election next year.

Mnangagwa, who rose to power in 2017 through a military coup, was confirmed the victor in the disputed 2018 elections by the Constitutional Court (Concourt) after Chamisa challenged the results.

Zec found itself in the dock in a landmark Concourt case presided over by Chief Justice Luke Malaba after it was accused by the opposition of aiding Mnangagwa’s administration of electoral fraud.

The electoral body’s history of conducting shambolic elections is well documented. In 2002, the electoral body was also accused of electoral manipulation by the MDC then led by the late Morgan Tsvangirai.

In 2008, Zec was infamous for having superintended over a one-man electoral race won by former president Robert Mugabe. This was after Tsvangirai who had won the first round of polling pulled out of the polls in the wake of violence that was unleashed by Zanu PF and the military against MDC supporters.

Tsvangirai described the election as a charade. Sadc did not endorse the 2008 elections. Subsequently, the southern African regional bloc nudged Mugabe to the negotiating table with Tsvangirai, resulting in a government of national unity in 2009.

Zimbabwe held elections in 2013, which were disputed on the grounds that Zec hired Nikuv, an Israeli-based consultancy firm to manipulate election results for Mugabe and his Zanu PF party.

Tsvangirai approached the High Court seeking reprieve and a decade later, the court is yet to make a determination on the matter.

In his monograph on the presidential election, Excelgate: How Zimbabwe’s 2018 Presidential Election Was Stolen, former minister Jonathan Moyo – an ex-Mnangagwa ally and now fierce critic – says Zec aided Mnangagwa to rig the 2018 elections.

Moyo highlights that Malaba dismissed Chamisa’s application soon after receiving it while in Pretoria, South Africa, where he was attending his son’s wedding, hinting at a predetermined outcome.

“While there, Malaba received a copy of Chamisa’s ConCourt application from a senior legal officer at the Judicial Service Commission as he was relaxing by the swimming pool at Pretoria Sheraton Hotel,” Moyo writes.

“After reading the application, Malaba turned to the judicial officer and asked him ‘Is that all’? to which the officer replied ‘Yes Sir’. Malaba then shook his head and remarked: ‘Ok, akula lutho la (There is nothing here)’.”

But back to the recently announced 2 000 newly registered voters in 2021 by Zec last week. During the same week, Zec, in a dramatic somersault, upwardly reviewed the figures to 2 971. No comprehensive explanation was given by the electoral body on the variation of newly registered figures.

“The real story is voter suppression by the election management body. Unfortunately, some had fallen for the ruse, framing the issue outside Zec and giving it wriggle room.

“They started with 2000, then it rose 2 900! Remember the furore over election results,” Magaisa highlighted on social microblogging site Twitter.

During the build up to the forthcoming polls, Zanu PF has indicated it aims to garner five million votes while the opposition is targeting six million.

Stephen Chan, a professor of world politics at the University of London, however contends it is “too early” to suspect a rigging plot is already underway based on the paltry number of new voters registered by Zec so far.

“I think it is too early in the electoral registration cycle to draw conclusions of manipulation,” Chan said in emailed responses.

The Women Academy for Leadership (Walpe) castigated Zec over its voter registration figures saying they were not a credible reflection of the number of people who registered last year.

Under its voter registration initiative, which intends to mobilise 2,2 million women voters, Walpe managed to get 175 women registered in Mutasa, a figure which is at variance with the 117 women registered by Zec.

“We have the 175 registration slips from Zec which proves that the women indeed registered as voters between August and October 2021 in Mutasa, Manicaland. This is not the true reflection of what happened,” Walpe said in a statement.

Political analyst Eldred Masunungure said the low number of new voters registered by Zec in 2021 raised questions of credibility and competence around the electoral body’s capacity to hold decent elections.

“I think the issue of Zec registering 3 000 new voters in the whole year raises questions over the credibility and competence ahead of by-elections and the 2023 polls. There are issues of legitimacy and credibility,” Masunungure said.