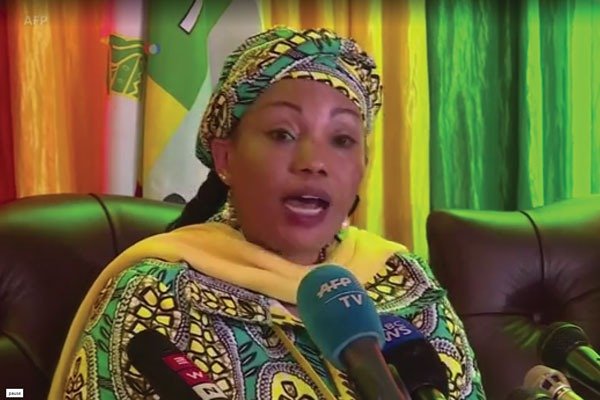 THE Zimbabwe Electoral Commission (Zec) has been put in a legal fix over an alleged anomaly after it erroneously declared Zanu PF candidate for Chegutu West Dexter Nduna as the winner of last week’s polls ahead of MDC Alliance’s Gift Konjana.

THE Zimbabwe Electoral Commission (Zec) has been put in a legal fix over an alleged anomaly after it erroneously declared Zanu PF candidate for Chegutu West Dexter Nduna as the winner of last week’s polls ahead of MDC Alliance’s Gift Konjana. The error, which was committed by the district election officer identified as Maisiri, has left the commission faced with a legal challenge which could add more questions around the election’s credibility.

According to information availed to NewsDay, Konjana is dragging Zec to court after the commission “erred” by announcing Nduna as the MP and refused to reverse the result, saying only an electoral court could do so.

“At law, once a person is declared a winner, no one other than the court can reverse that. What is now clear is that if Konjana is very sure that he won, he could go to court and push for either re-election or him being declared winner,” a senior Zec official said .

Initially, Zec provincial officer Austin Ndlovu confirmed that Chegutu district election officer told him that there was an anomaly in the tallies announced and said that he was waiting for a comprehensive report on the issue.

Pressed further if Zec was going to reverse the final results, Ndlovu said it was too early to comment, but insisted that if it turned out that there was an anomaly, Zec would rectify the mistake.

But the MDC Alliance candidate has alleged a tabulation error occurred and prejudiced him of 120 votes erroneously awarded to one Simon Kache of UCADPGPZ. Information at hand suggests that Kache got a single vote at a polling station while Konjana polled 121, but the data was mixed up. Had the mix-up not occurred, Nduna could have lost the race by four votes, but he won by a margin of 116 votes.

The Zanu PF MP and his lawyers are challenging the attempt to reverse the victory, saying the district election officer should be held liable for failing to do his work properly and such a failure should not affect their victory.

“I won this election and nothing will take that away. This attempt to reverse my victory will not be tolerated,” Nduna said.

Zec insiders said the commission was in a quandary on whether to oppose the impending legal challenge or not as some were suggesting that the commission would oppose Konjana and then later take disciplinary measures against the district election officer.