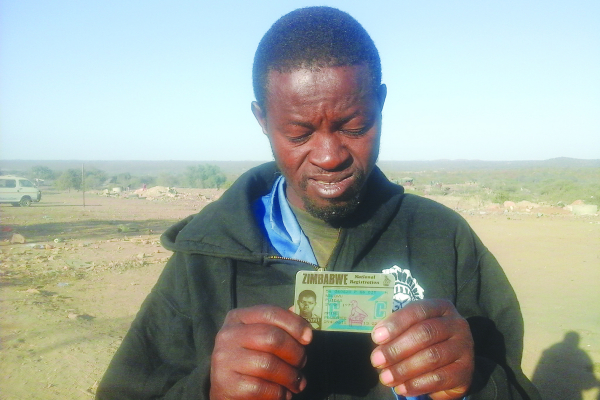 HE stands about 1,7 metres tall and stammers when he speaks.

Phidias Ndlovu is still single though ordinarily men of his age have families.

A reserved man, Ndlovu works and stays with his brother-in-law Sivelinkosi Sibanda, who is a builder.

Ndlovu is camera-shy and claims he has been unsettled by the typographical error that has made him the oldest man in the world, inviting “strangers” to break into his private life to authenticate his age as reflected on the voters’ roll.

The typo has made him an overnight global sensation after he was entered into the voters roll as having been born on September 29, 1877, making him 59 years shy of clocking two centuries.

At that age, Ndlovu would have been born just two years older that the world’s known oldest person to live − Frenchman Jeanne Louise Calment − who died at the age of 122 years and 164 days.

Jeanne Calment was born on February 21, 1875, and died at a nursing home in Arles, southern France on August 4 1997, according to history.

“I was born in 1977 and the woman [Zimbabwe Election Commission (Zec) official] who made this mistake was holding my national registration card as she captured my details and I wonder how she could not pick the mistake,” he said, adding he, however, believes it was a genuine mistake.

Ndlovu was born in Plumtree in Percy Hanyani village under Headman Mpini a few kilometres from Plumtree Border Post.
“I have heard several people came looking for me, but I have not met them. I hear there were people from radio and television stations, politicians, who came looking for me over this gaffe,” he said.

MDC Alliance parliamentary candidate for Beitbridge East, Patricia Ndlovu, whose party cited Ndlovu’s case to prove that the voters’ roll was in a shamble, also visited, but did not find him home.

“There was another man who said he drove from Harare to come and see this old person and we have also had people from the Zec coming here,” said a woman who stays at the same house.

The people at the house feel they have suddenly come under spotlight and deserve “something” for their fame.

“At least they should give him some money. He is of little means and he has just become famous over an error,” the woman said.

“It has since been corrected and Phidias will have no problem when he goes to vote,” Ndlovu said.