Why there is perception of Zec bias 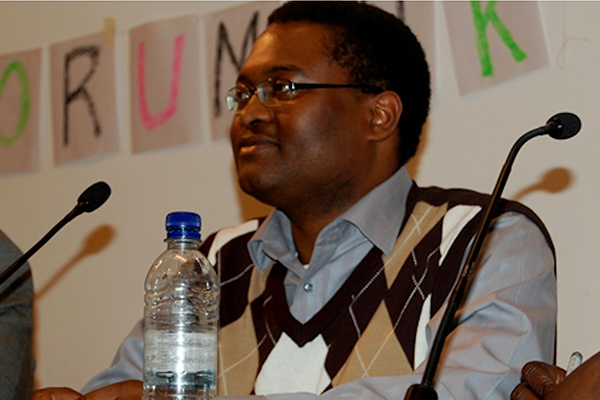 A GROWING feature of the on-going electoral process is that those raising questions are now being cast as the problem. The legitimate issues they are raising are being trivialised and ridiculed, even when they have a bearing on the credibility of the electoral process.

Source: Why there is perception of Zec bias – NewsDay Zimbabwe July 23, 2018

A GROWING feature of the on-going electoral process is that those raising questions are now being cast as the problem. The legitimate issues they are raising are being trivialised and ridiculed, even when they have a bearing on the credibility of the electoral process.

It’s akin to a scenario in which someone complains of abuse but society and the system trivialises their complaints, even asking them what they might have done to invite the abuse. Many a time, society asks victims to just grin and bear it. The offended person might even be made to feel guilty for complaining. Apparently, the victims become the problem.

It feels a bit like that for the opposition and its supporters when it comes to their complaints over the handling of the electoral process. They are now being cast as the problem. They complain too much, or words to that effect, have been used to dismiss their complaints over the apparent irregularities. Let’s consider a few of them and try to understand why the opposition feels aggrieved.

In the Zimbabwean elections, it all started with disputes over the voters roll. The elections management body, the Zimbabwe Electoral Commission (Zec) omitted the provision of the voters roll from its initial election road-map. It raised eyebrows among the opposition and for good reason: in the last election in 2013, the electoral authority failed to provide the electronic copy of the voters roll. So any hint of non-compliance this time around was bound to cause an uproar and it did. Once bitten, twice shy, so goes an old cliché.

Zec only relented after a big push and loud outcry. But even then, the process of releasing the voters’ roll was not without problems. There was more uproar after a foreign embassy announced receipt of the voters roll before the contesting parties had got their copies. It took days for the main opposition party to finally get the voters roll, while Zanu PF and individual MPs had already received it.

It is not a coincidence that while the MDC Alliance has been complaining against Zec, the electoral authority’s main defender has been Zanu PF.

When the voters’ roll arrived, it was incomplete. Zec’s own regulations introduced after the new Biometric Voter Registration process state that the voters roll must have photographs. Zec refused to comply, selectively citing protection of privacy as a reason, notwithstanding the fact that the voters roll is by law a public document and already contains personal data. Zec wants to be seen a strict follower of the law whose conduct is guided by law, but it ignores or circumvents parts of the law when it suits it, and in the opposition’s eyes when it suits Zanu PF.

When Zec was informed by a team of analysts that there were serious anomalies in the voters’ roll which affected its integrity, it simply dismissed them, with one commissioner even disclosing that they had a different voters roll which was “near perfect”. But @TeamPachedu, a group formed by a number of professionals and experts from social media, had done the analysis of the voters roll supplied by Zec to the parties. If Zec’s explanation that it has a different voters’ roll is to be believed, did the electoral authority deliberately mislead parties when it gave them the voters’ roll?

Suffice to say Zec’s handling of the voters’ roll has left a lot to be desired. After the 2013 scandal, this was its opportunity to demonstrate a different approach.

Zimbabweans aren’t daft. But, actually, that is not the point of dispute.

It is that firstly, Zec has not complied with the law which requires all ballot papers to be on Form V.10. Compliance with the law is important, as Zec often says, and in this case, they have chosen to ignore it.

Second, it is not whether people’s choices can be affected by the position of a candidate on the ballot paper, but the intention behind designing the ballot paper in a manner that is inconsistent with the law. There is a reason why Zec deviated from the norm. The opposition is rightly concerned that there was a deliberate effort, on the part of Zec, to put Mnangagwa’s name in a more prominent and easily identifiable part of the clogged ballot paper which has 23 candidates.

Had Zec used the single column design as required by law, arranging candidates in alphabetical order, Mnangagwa’s name would have been in the middle of the long list. There is a legitimate fear that voters could make mistakes. Zec’s efforts to explain the design adopted for the ballot paper were weak and unconvincing. It all strengthened the perception that Zec had been influenced by bias to remove a disadvantage from Mnangagwa, which the alphabet saddled upon him.

Zec had already made it incredibly difficult to witness the printing of ballot papers in a transparent way. The opposition’s complaints about Zec’s tokenism were echoed by EU and local observers. If Zec had nothing to hide, there was nothing to lose by allowing the parties to witness the printing process and allay their fears. Instead, it adopted an opaqueness which simply cemented existing concerns.

Zec could have avoided all this by simply following the law and using Form V.10 of the electoral regulations. Its opaqueness in the design and printing of the ballot paper has simply added to the catalogue of factors suggesting that Zec is biased towards Mnangagwa.

The third is the issue of the scarf. The Zec Chairperson appeared in a picture wearing a scarf which is associated with Mnangagwa leading opposition supporters to form an impression that there is a connection and bias. She knows it would be wrong to be seen with that scarf. After all, section 11(3)(c) of the Electoral Law prohibits a commissioner from “knowingly wear[ing) any badge or article of clothing that is or is reasonably likely to be associated with a political party or candidate contesting any election …”

This is why she denied that the picture was taken after she had been appointed Zec Chairperson. However, some people believe her statements do not add up since there is evidence suggesting that the picture was actually taken after her appointment. In the radio interview, she could not give a date, which could have easily cleared the matter. It left the impression that she wasn’t being truthful. But her wearing of the scarf is not even the most important issue.

It is that in a bid to defend her, a fellow commissioner and subordinate at Zec, Qhubani Moyo, denied the authenticity of the picture when it first appeared. Moyo dismissed it as a fake image. It turned out that he was wrong. He did not show remorse. The Zec Chairperson went on to defend him on public radio.

If Zec Commissioners can peddle falsehoods and go on to defend each other’s falsehoods, how does the electorate trust them over the electoral process? What else are they lying about? What other lies would they defend? This is why the issue matters. She can wear whatever she wants, but Zec Commissioners must be truthful and if a wrong is identified, there must be remorse, condemnation and redress.

Finally, when the opposition has raised complaints on the electoral process, Zec and its commissioners have used disparaging language. The elections referee ought to stay above the fray and maintain control of the process. Descending from the balcony down to the dance-floor will only result in messy fights and Zec will end up losing sight of the bigger picture. It should not be an adversarial engagement between the elections referee and one of the parties.

For its part, opposition supporters ought to tone down the abusive language some have been using. It does not drive any point home and it only exacerbates the tensions and widens the gap from the electoral authority.

It could all have been very simple. By her own admission, the Zec Chairperson acknowledged that most people do not have trust and confidence in the institution she leads. She said regaining that trust is a process. That is correct.

The problem is that Zec has not made significant strides in its approach to build that trust and confidence. Zec could easily have opened its doors to the process of designing and printing ballot papers. It could have apologised and retracted false statements made over the scarf incident. Zec could have been more open-minded over the voters’ roll, undertaking to make changes, if any anomalies were identified.

Instead, Zec took an arrogant and dismissive approach to that issue, pre-empting any challenges to the voters roll by declaring that only a metaphor would stop an election and any anomalies would be for the courts to decide. This is not how an administrative body which has such an important national mandate behave.

 This article was first published on www.bigsr.co.uk

 Alex Magaisa is a lawyer in Zimbabwe, lecturer of law in the United Kingdom, Zimbabwean political strategist, and blogger