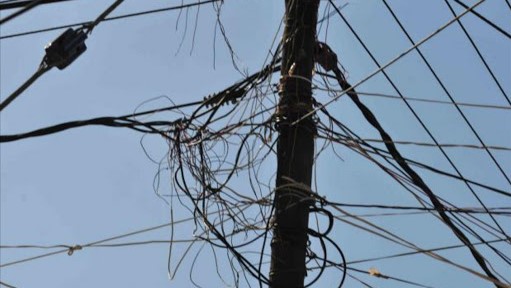 “Our major problem has been vandalism and it has been at its peak now. People are taking down our transformers and stealing copper wires inside.

The problem is very rampant to such an extent that on a single night we are hit at up to seven spots. Recently the thieves hit Burnside and Tshabalala among other areas. It is affecting service delivery,” Sakutukwa said.

He urged residents to form neighbourhood watch committees to curb the vice.

“We are engaging residents continuously, and we are communicating to them that this is your infrastructure, this is everyone’s infrastructure.

Some residents have resorted to forming neighbourhood watch committees to safeguard Zesa infrastructure in their areas.”

He said curbing electricity cable thefts would assist in improving service delivery by the power utility.

“We have also engaged our artisans and loss control officers to quickly go to scenes where cable thefts are reported because there were allegations that some Zesa workers were involved in the theft of copper cables.

We are still investigating the Tshabalala incident to find out if it was caused by Zesa workers or by mischievous residents,” Sakutukwa said.

“Concerning the Tshabalala incident where a Zesa vehicle was seen moving around the areas where theft occurred, we are still carrying out investigations and due to limited resources we have been hiring vehicles from various stakeholders.

“We would brand those vehicles with logos so some of them when the contracts expire they didn’t remove the logo so we are investigating to determine which vehicle was seen in Tshabalala,” Sakutukwa said.

Bulawayo deputy Mayor Mlandu Ncube said Zesa should replace copper cables with aluminium ones  in areas such as Tshabalala to avoid inconveniences.

“Zesa should be a step ahead of the ones that are stealing copper. In that way we might arrest that situation,” Ncube said.