Zifa board takes back seat 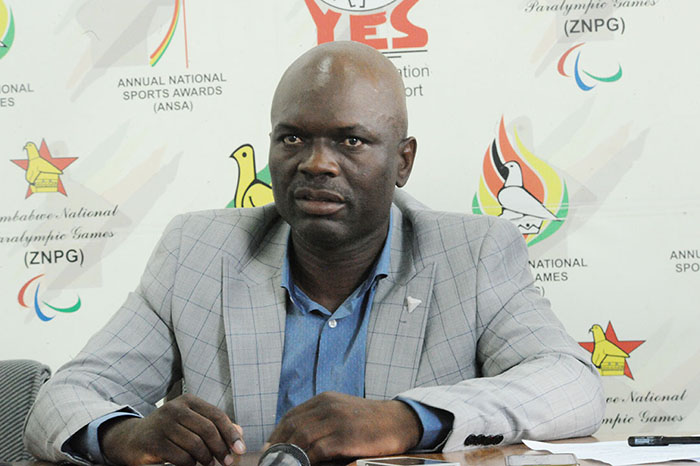 BY KEVIN MAPASURE
THE embattled Zifa board has given up its fight with the Sports and Recreation Commission (SRC) and is placing hope on Fifa intervention.

Last week, the Zifa board lodged an appeal with the Administrative Court following its suspension last month by the local sport regulator.

According to Zifa, the appeal annuls their suspension by the SRC and thus should be allowed to resume duties. However, the SRC is of different opinion.

Yesterday, the Zifa board released a statement, saying it would take a back seat and await for Fifa determination.

“The Zifa board wishes to inform the nation that, following the lodging of its appeal with the Administrative Court which by operation of law suspended the SRC decision to suspend permanently (dismiss) the Zifa board and the subsequent resumption of duty by the board as shared in our statement of December 3, 2021, the SRC has since directed that the board remains suspended despite the appeal, in complete disregard and disobedience to the laws of Zimbabwe,” the Zifa statement read in part.

“While the Zifa board is convinced that its appeal did suspend the SRC decision, it cannot however, be involved in physical confrontation with the regulator (SRC). As such, the Zifa board advises the nation that in order to avoid unnecessary drama, it shall for now take a back seat until guidance from Fifa has been received, full prosecution of the Administrative Court appeal or as and when the SRC decides to obey the laws of the land, whichever will come first.”

The Zifa board led by Felton Kamambo said it would not be involved in the running of the association.

“All plans, therefore, previously announced by the board as requiring its actioning will for now be shelved as it has become practically impossible to implement the same with the SRC’s continued interference and threats of ‘severe consequences’ whatever this means,” the statement added.

This latest turn of events in the SRC versus Zifa saga is likely to jeopardise the Warriors’ Africa Cup of Nations (Afcon) finals preparations.

The Zifa board had, among other things, started a process to appoint a coach to take charge of the team at the Afcon finals slated for Cameroon next month.

Sources said that the board wanted to extend Norman Mapeza’s contract, which lapses on December 31 so that he can take charge of the team at the continental showcase in Cameroon.

The board noted that preparations for the Afcon finals have been derailed and coaches need to come up with a squad and send out invitations to their clubs as well as organise training camps.

It had also set December 30 as the date for the Zifa annual general meeting.

Kamambo says he has been subjected to continuous persecution over his three-year tenure at the hands of the SRC.

“It is our hope that those in charge of this predicament know what they are doing and as Zifa board, we sincerely hope such distractions by the SRC coined as an attempt to help football will not take the country many steps backwards. All decisions by the SRC on football are, therefore, tantamount to interference in the affairs of football administration,” Zifa said.

“Finally, the board wishes to inform that three of its seven board members, namely Farai Jere, Sugar Chagonda and Barbara Chikosi have opted not to appeal the SRC decision. The board is however, still awaiting feedback from the three as to whether they are still part of the appeal to Fifa whose most negative consequences are dire to the entire football spectrum than a local appeal to our Administrative Courts.”