INTERIM ZIFA president Gift Banda is today expected to lay down plans for the remainder of the term of the association’s board after his ascension to the hot seat was approved by the Sports and Recreation Commission (SRC)  this week.

Banda, who was elected vice-president at the last ZIFA poll in December 2018, was handed the responsibility to steer the ship after disgruntled ZIFA councillors recalled former president Felton Kamambo at their recent congress.

The trio were part of the Kamambo led-board that had been under suspension since November last year.

The sports regulator also upheld the resolutions of the special ZIFA EGM, which kicked out board members Philemon Machana and Bryton Malandule.

With Kamambo, Machana and Malandule confirmed out, the ZIFA board managed to retain the quorum to continue functioning until the end of their term in December.

The ZIFA board led by Kamambo was suspended last year facing allegations that included failure to account for public funds, poor governance, bribery and sexual harassment of female referees, among others.

The SRC said they were forced to take the extreme route in order to bring sanity to football administration. Local football had suffered years of deterioration and poor management.

The SRC have since set up a Restructuring Committee led by Blessing Rugara. The nine-member committee is undertaking matters of a strategic nature, as outlined in their terms of reference, in line with the provisions of Section 21, 19(b), and 20 (c) of the SRC Act.

The committee’s term of office will run up to December 2022.

Banda has embraced the new challenge following the reinstatement of the ZIFA board. The Bulawayo businessman told The Herald he would spell out his board’s next steps at a press conference to be held in Harare today.

“I am sure the nation has been waiting for a long time for this and I am happy we can see the light. So tomorrow (today) we are going to convene a press conference where we will speak about everything football.

“There is a need to come up with a holistic approach to everything that we are going to do henceforth. For now, I wouldn’t want to preempt. Everything will be explained at the press conference,” said Banda.

ZIFA board member responsible for competitions Chagonda, who was the first to embrace the SRC suspension, yesterday applauded the lifting of the same. 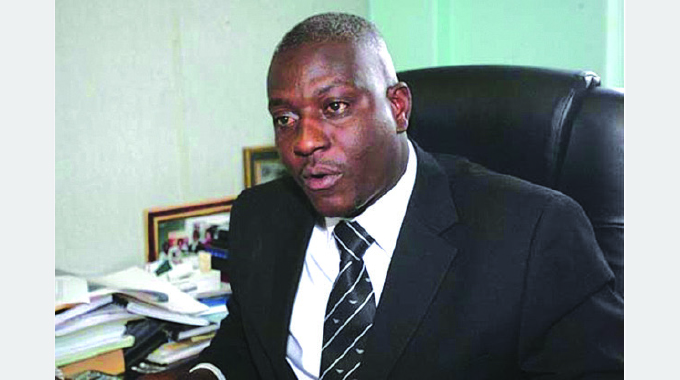 “This is a welcome development. On a personal level, I am excited because I have always felt in the first place that whatever happened was because of the circumstances our football found itself in.

“If you remember well, I was the first one to accept the suspension because my conscience had told me in the first place that whatever was happening was happening in good faith.

“That is why I decided not to fight the SRC. If you know you are clean; you will be confirmed clean. There is nothing to be afraid of.

“So this is a key step towards restoration of normalcy. We have to support all the reforms that are being led by the Sports Commission and at the end of the day football will be the winner.

“Without going ahead of my fellow board members, I think we would need a multi-stakeholder approach to things going forward.

“Government in this case is the major stakeholder. So we have to support the initiatives being undertaken by the SRC to mend the domestic game, of course with the vision to have the suspension of Zimbabwe from international football lifted by FIFA,” said Chagonda.

Premier Soccer League chairman Jere, who had continued with his duties as leader of the Premiership after the ZIFA suspension, said he was relieved by the SRC’s latest move.

“I am happy as chairman of the PSL as well as ZIFA board member that the SRC saw it fit to lift my suspension.

“It always comes with relief. It generally means I have been absolved of all the accusations that the board collectively faced when the suspensions were pronounced.

“We had to endure the suspension because the SRC, as the regulating authority, were looking to correct whatever anomalies they had detected in our football. But after going through the necessary checks, here we are.

“It’s everyone’s wish to know that you have been cleared of any wrongdoing, especially when you were convinced you haven’t done anything wrong.

“The lifting of the suspension means that both the SRC and the ZIFA Congress have found no fault. So it’s good to be doing your work with your conscience and your integrity in one place.

“On a larger scale, this is something that we needed for our football as the starting step towards bringing back normalcy to the administration side of things.

“We might be closed to the outside world at the moment in terms of football but surely our game needs leadership back home.

“What this means is we can now hold meetings, we can plan, which we couldn’t do in the last few months. We can start engaging stakeholders so that the game gets back to its feet again,” said Jere.