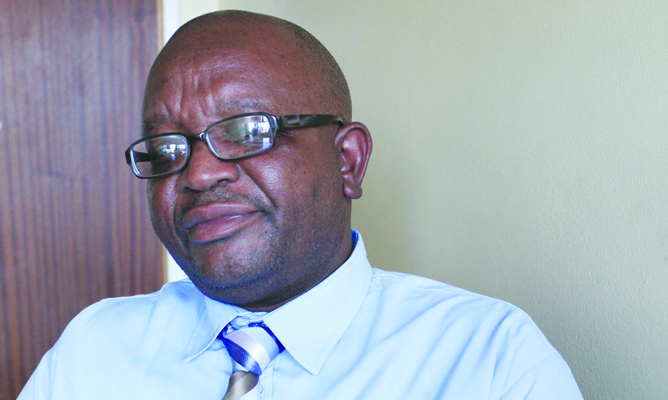 Over the years, in particular the last two ill-fated decades, substantial resources in land, labour, “free inputs”, time, emotion, social capital and cash have been poured into agriculture, with very little or no improvement in output and productivity. The bench mark year would be the year 2000 when the land grab exercise, ironically christened the land reform exercise, began.

Evidence suggests it was on making sure of power retention at the polls by a Zanu-PF elite, at all cost murder, electoral theft and racism included. A distant secondary motive may have been to make the land grab irreversible. Judging by the indecent haste the new dispensation seems to be eager to trade the land to the reluctant Chinese; both motives seem to have failed. Zimbabwe may soon be a colony again. For some treacherous devils in the new dispensation, that would be acceptable as long as they remain in power, collecting rent from the new tenants, whilst being brutally in charge of native affairs in the new colonial dispensation. Zimbabweans and the World should say not to neo-authoritarianism abating neo-colonialism.
During the last 18 years, neither the ruling party nor the land grab programme has exactly been popular with the public at large. As a result, the party resorted to intimidation, coercion and outright violence to win elections. The neglected and collapsing economy and dysfunctional, captured and partisan State institutions that included the judiciary, police, CIO, Cabinet and Parliament then ensured the populace was battered into submission, in complete contradiction to the aims of the liberation struggle. Former President Robert Mugabe, speaking at a State occasion, at the National Sports Stadium, once proudly referred to these bizarre and evil acts by his administration as “conditioning” the population.

The public, or rather the voter, had to see, read, hear or do things the Zanu-PF elite’s way. Or else, the voter would be in trouble, as he saw in the 2008 presidential run off election. Mugabe, once the World’s darling, had confirmed his new status as the fully fledged face of dictatorship in Harare. Why the face only and not the real thing, you might ask? Well, he ceased to be an Executive President the day the nation was told by dangerously ambitious underlings that his office as President was a “straitjacket”. Many misread the statement as being targeted to the opposition leader when, in fact, it sealed the fate of Mugabe as an independent Executive Head of State. Thereafter, he was just a mouthpiece of the real power behind the throne; just another creature in the zoo. It may have been his intention to break free from the straitjacket that cost him his presidency in a military coup in November 2017.

A social media clip circulating on July 17, 2018, had Jonathan Moyo claiming that the real centre of power is an assembly of the Joint Operations Command and senior civil servants that meet on Mondays. According to him, its resolutions, minutes and matters arising thereof, then dominated Cabinet’s agenda to the exclusion of more important business every week, thus reducing government effectiveness and crippling the improvement of the regulatory framework.

The former cabinet minister insinuated that Cabinet, Parliament and the judiciary were all left with little time or options, but to rubber stamp their unelected masters’ voices. Cabinet meetings’ agendas were, he complained, carbon copies of Rhodesian era war Cabinet agendas. The tweet, if it reflects the truth, is a complete surprise. Previously, many would have wanted to believe the economy — dominated by agriculture, mining, infrastructure development and service delivery sectors — was the main agenda item for Cabinet’s attention in a peaceful Zimbabwe. But I suppose Moyo is right.

During the last two decades, if not going back to 1980, Zimbabwe ignored or squandered its peace dividend.
Given the scenario above, it is no surprise there are no viable and visible agriculture, mining and industrialisation policies. Critically, there are also no viable and visible education and skills acquisition policies. Regional integration agenda is not well explored with the vigour it deserves in spite of its massive strategic importance economically and security wise.

And despite the preponderancy of the security establishment in the Monday meetings, corruption levels in the country’s upper echelons rose to stratospheric levels during the last two decades. There may be just too much emphasis to social engineering experiments, such as the well camouflaged and corrupt attempt to create an upper class through encouraging oligarchic aspirations, amongst the de facto leadership. The programme, however, endangers national sovereignty while placing national assets, coffers and natural resources in jeopardy. Unbridled greed and reckless naivety, rather than nationalism, may be at the centre of it all.

Ruthless foreign mafias, secret societies, and some unscrupulous national intelligence organisations that thrive on sucking the blood of weak and corrupt states are stronger, better funded, more disciplined, and more vicious than most African countries. They circle Zimbabwe’s ailing economy and abundant natural resource reserves like vultures watching a dying beast. Land and mining concessions are in their crosshairs. NewsDay, July 20, 2018 [Mnangagwa warned of dodgy investors] quoted the dean of the diplomatic corps in Harare, Ambassador Mwana Nanga of the DRC, warning President Mnangagwa against entertaining such dodgy investors. Speaking candidly, with a grieving heart and possibly tongue in cheek as well, at an anti-corruption conference, the senior diplomat felt compelled to expose the potential dark side of the “Zimbabwe is Open for Business” mantra. Mishandled due to poor regulatory frameworks, that mantra quickly becomes Zimbabwe is open for looting and corruption, the diplomat cautioned. Three years ago, whilst in Cape Town attending the World Economic Forum, Barack Obama, the then President of the US, cautioned as much. African natural resources, he felt, were in peril.

On the same day the Moyo tweet was circulating, Retired Air Chief Marshal Perrance Shiri, the Agriculture minister, was quoted by the Press calling on the public and politicians to depoliticise the Presidential Agriculture Inputs programme that is supposed to benefit the peasant farmer class. The distribution of these inputs had, for the first time, started on time, thanks in part to the scheduled elections at the end of the month, so opposition parties suspected. The returns from the programme as far as voter “conditioning” or capture may have been substantial over the years. Pavlov, the Russian scientist who demonstrated “conditioned reflexes” in dogs centuries ago, would be surprised at the use, his findings are now being used in Zimbabwean politics.

The Air Chief Marshal is thus right on the need to depoliticise government programmes. But he should direct his words to his Cabinet colleagues who are the main culprits. Joc, Cabinet and Parliament must depoliticise their decision-making when it comes to matters economics. Agriculture yields tell us the free inputs programme has never worked, except as a political tool. Why should the revolution (liberation war) reward a 65-year-old couple, widow or widower in the rural areas with agriculture inputs? What is the intention: to break their backs; to see them toil into their graves? And for what, may we ask? A tonne of maize at best is only worth $200? Isn’t that peanuts?

Common sense suggests that if government is targeting to produce five million tonnes of maize in a cropping season, with three million of those tonnes ear-marked for export after beneficiation into pork and chicken, for example, government policy must be to reduce hectarage under maize nationally from two million to half a million while increasing productivity from the current one tonne per hectare to ten tonnes. The required hours for tractors and combine harvesters for the season will be reduced by three quarters. And so will be the requirements for seed, fertilizers, pesticides and labour, among other benefits.

Let those “farmers” who cannot raise their yields to a break even point leave the land fallow. It’s good for the land.

It’s good for them. It’s good for the fiscus. The grass grown on the fallow land will be good for generating humus for the land, and as hay for the cattle industry that requires less labour and is more profitable in marginal cropping regions. The resources saved should then be ploughed back into a pension fund for all those 65 years and above. It would be a conditional cash transfer scheme of some sort. Research has shown a dollar invested this way, and spent in the rural economy by such schemes, has a ripple or multiplier effect in the local economy equivalent to $1,70 in donations in kind, such as agriculture inputs. The call from the masses to the incoming government post the July 30th, 2018 election is that we, the peasants, need a new 21st century agriculture policy that is depoliticised and makes both sense and cents. It should not amount to a sell out of national sovereignty and land. Let the nation heed the brotherly warnings from Ambassador Mwana Nanga and President Obama.