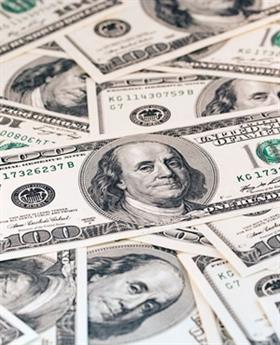 Zimbabwe’s protracted cash shortages are likely driving the Southern African country into the start of a broader basic commodity crisis, despite assurances from the reserve bank chief, according to a report.

Zimbabwe’s protracted cash shortages were likely driving the Southern African country into the start of a broader basic commodity crisis, despite assurances from the reserve bank chief, according to a report.

The privately-owned Daily News reported that the cash shortages have driven businesses to issue a stern warning about a looming full-blown crisis, similar to the 2008 hyperinflation crisis.

President of the Confederation of Zimbabwe Retailers Denford Mutashu, has urged the newly-elected government to act fast to avoid a basic commodity crisis, the report stated.

“Government should urgently address the foreign currency shortages in the economy as shortages are spreading to other commodities, like cooking oil and beverages. Production in the economy is being threatened by the forex situation, while cost-push price pressures are also mounting,” Mutashu was quoted as saying.

The Grain Millers Association of Zimbabwe (GMAZ) has also warned of a possible bread scarcity if current wheat shortages were not addressed, after it emerged that the Southern African country’s reserve bank failed to pay a supplier.

According to New Zimbabwe.com, GMAZ chairperson Tafadzwa Musarara has blamed the Reserve Bank of Zimbabwe (RBZ) for the possible bread shortage, saying it failed to avail foreign currency for wheat procurement from Holbud Limited UK, a company based in the United Kingdom.

Holbud Limited UK reportedly failed to deliver 30 000 tonnes of wheat – held at the Beira port in Mozambique – despite a 60-day guarantee by the reserve bank, because it was owed $12m.

The UK firm threatened to divert the wheat supplies to neighbouring countries, including Malawi and Mozambique.

“The country is now holding 2.5 weeks’ supply cover. The Holbud 30 000 metric tonnes of wheat in Beira is the only consignment physically available in Southern Africa as at current. This shipment has been shipped by GMAZ. Unless we pay for it this week, we regret to advise that a crippling shortage of bread and raising flour supplies, aggravated by panic buying, is likely to occur anytime this week,” Musarara reportedly wrote to Mangudya last month.

The letter has been also sent to Vice President Constantino Chiwenga, the minister of agriculture, Perrance Shiri, the chief secretary to the president, Isaiah Sibanda, and the permanent secretary in Chiwenga’s office.

NewsDay also reported that some millers have suspended operations owing to a critical flour shortage.

Mangudya – who was in Beijing, China – said the reserve bank had acted on the matter to avert the looming crisis.

“We have arranged letters of credit for the procurement of the required 40 000 tonnes of wheat per month,” Mangudya was quoted as saying.