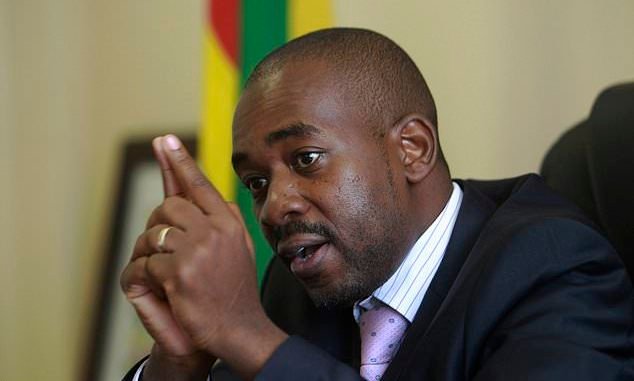 MDC Alliance principals have called for a probe into how the seven-party coalition’s “anti-rigging” mechanisms failed when it mattered the most, allowing Zanu PF to “steal” the July 30 vote.

MDC Alliance spokesperson Welshman Ncube told the Zimbabwe Independent this week that the opposition outfit would investigate the electoral loss and how Zanu PF ran away with a disputed victory.

“In every organisation, whether you have won or lost, you have to do a post mortem. We will do a post-mortem on the things we did well and those things we didn’t do well,” Ncube said.

In the run-up to the elections, Nelson Chamisa’s lawyer, Thabani Mpofu, announced that the coalition had a “secret” weapon to defend millions of MDC Alliance votes. The anti-rigging mechanisms, which included a tight monitoring of counting and tabulation of results at polling stations, became the basis of Chamisa’s Constitutional Court (ConCourt) challenge where he claimed to have “overwhelming” evidence.

This comes a week after the Alliance’s presidential candidate, Chamisa reportedly shot down propositions by MDC-T deputy treasurer-general Chalton Hwende for a post mortem during the party’s national executive meeting last week. Chamisa maintains he won the July 30 polls.

Ncube said no one in the Alliance should resist a post mortem. “We need to look into how we allowed them (Zanu PF) to steal the election. We also set up anti-rigging mechanisms — how did they fail?” asked Ncube.

“No one can possibly resist a post mortem. Anybody who has common sense will do a post-mortem,” Ncube added.

Chamisa maintains he won the July 30 polls even after his election petition seeking to overturn President Emmerson Mnangagwa’s win was dismissed by the ConCourt a fortnight ago.
Chief Justice Luke Malaba argued that the MDC Alliance lacked primary evidence in the form of V11 and V23 forms.

Ncube said a thorough examination of how the election was lost would help strengthen the coalition, which is currently in the process of forming a single party and consolidate its structures. He said the MDC Alliance would soon convene a congress where the findings of the election post-mortem would be presented. He added that the exercise would not be a witch hunt but a mechanism to strengthen the coalition.

The MDC Alliance will soon transform into a political party with the seven principals expected to hold key positions after congress. Ncube admitted that problems associated with merging the parties were likely to arise, but the principals were already working on countering any eventualities. “We are working together; we campaigned together as an alliance so all we have to do is to integrate. We know there will be challenges but all we need are resolutions from the highest organs of the alliance partners. We are all democrats and we hope that we go to congress soon,” Ncube said.

Chamisa rejected the ConCourt ruling, insisting he won the presidential election with 2,6 million votes. The Zimbabwe Electoral Commission (Zec), however, announced that Mnangagwa won the election after garnering 50,8%, while Chamisa got 44,3%. Zec later reduced Mnangagwa’s margin to 50,67%.

The MDC Alliance also failed to garner a majority in parliament, only managing 63 out of the 210 electable National Assembly seats.