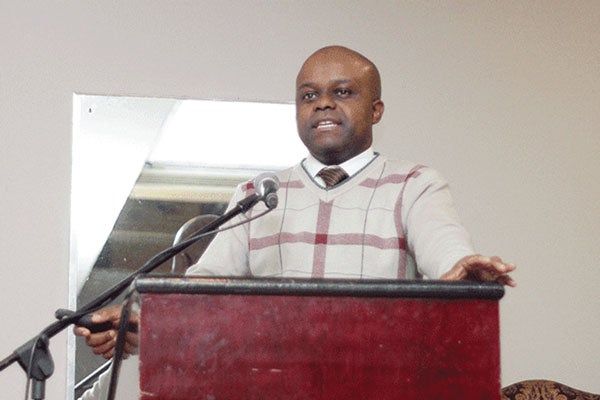 At a time Zimbabwe is anticipating a 3% economic growth, the United Kindgdom-domiciled global business intelligence entity, the Economist Intelligence Unit (EIU) has predicted the economy to shrink by a monstrous 13% this year.

Zimbabwe features among the worst performers, coming second to Venezuela whose economy is envisaged to contract by 20,5%. Zimbabwe’s gross domestic product (GDP) growth is expected to contract -12,9%, the EIU said in its latest report.

Labour and Economic Development Research Institute of Zimbabwe economist Prosper Chitambara highlighted that indications on the ground suggest the economy, which is already wallowing in the throes of runway inflation, severe drought and currency devaluation, was slowly contracting.

“Well, I think there is going to be a contraction. The situation on the ground shows there is going to be drought that will affect the GDP growth. Also globally, there are economic headwinds that will also have a bearing on our economy. The economy will contract this year. However it’s too early to come up with an actual percentage,” said Chitambara.

According to the International Monetary Fund, Zimbabwe’s economy contracted 7% in 2019. Treasury, which has predicted a 3% economic growth this year said the 2020 budget was centred on ramping up productivity in the agriculture, manufacturing, mining and services sectors to create jobs and reduce imports.

Zimbabwe is currently experiencing one of its worst economic challenges in a decade with about eight million people facing starvation. June last year, government made a surprise announcement of the return of the Zimbabwe dollar as the sole legal tender, albeit with inadequate foreign currency and mineral backing causing the currency to lose value within a short period of its introduction.

Salaries have not kept pace with the depreciation of the Zimbabwe dollar, civil servants have only be awarded a 100% increase which has left many of them failing to sustain themselves amid rising prices which are estimated to have increased by more than 1 800% compared to 2016.