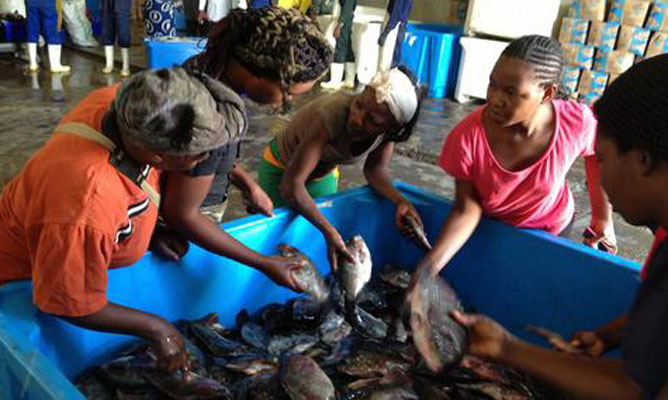 BY MTHANDAZO NYONI
ZIMBABWE’S fish export volumes increased by 28% to 3 233 metric tonnes (mt) in the first four months to April this year, driven by fresh water frozen fish and frozen tilapia, according to the latest Livestock and Meat Advisory Council (Lmac) report.

“Producers are increasing efforts to export to counteract a declining domestic market where disposable incomes are under pressure in real terms from a depreciating local currency,” the report reads in part.
“However, the outbreak of COVID-19 and its subsequent declaration as a global pandemic, will impact upon both exports and the domestic market,” it said.

In April, exports valued at US$161 200 were traded, 85% down on March when exports were US$1,1 million.
The report also notes that imports of fish for the first four months totalled 1 113mt, an increase of 22% over the same period last year and a decline of 4% in value.

“An unstable policy environment continues to exacerbate declining macroeconomic conditions on the domestic market,” it said.

Zimbabwe has a relatively developed aquaculture and is one of the top 10 fish farming countries in Sub-Saharan Africa.

According to Zimbabwe Fish Producers Association, the country’s aquaculture sector can produce 20 000 tonnes of fish, creating 10 000 direct jobs and another 10 000 indirectly.

Currently, Zimbabwe is producing approximately 10 000 tonnes of fish per year in a number of small dams.
If all the dams are fully utilised, the country has a potential to increase fish production to almost 1,5 million tonnes per year, according to experts.