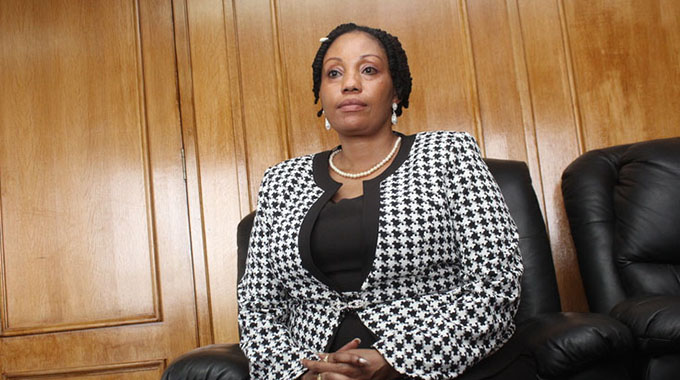 Fidelis Munyoro Chief Court Reporter
The Zimbabwe Electoral Commission (ZEC) says the country is now formally in the election period following the proclamation of the election date and the final voters’ roll will be made available a few days before the sitting of the Nomination Courts.

President Mnangagwa yesterday proclaimed July 30 as the date for harmonised elections and fixed June 14 as the date when the Nomination Courts would sit to receive nomination papers of presidential, national assembly and local authority candidates.

Addressing a Press conference in Harare yesterday, ZEC chairperson Justice Priscilla Chigumba said: “The proclamation means we are now officially into the election period. Prospective candidates are now free to collect nomination forms from ZEC offices or download them on ZEC website www.zec.org.zw and submit them on or before the Nomination Court day.

“Thereafter such copies in the hard and soft copy format will be available to members of the public for a fee.”

She said one could even buy the copies for constituencies or wards depending on what one wants.

Justice Chigumba said the cut-off date for voters’ roll inspection was tomorrow and urged all registered voters to take the opportunity to go and verify their registration and correct any anomalies.

The ZEC chief urged Zimbabweans to conduct themselves in a peaceful manner during this period.

“I would like to urge all of us as Zimbabweans to be peaceful and tolerant of all our divergent views,” she said after reading her statement.

Justice Chigumba also took the opportunity to acknowledge all Zimbabweans for their continued support to the electoral processes in this country, particularly the just-ended Provisional Voters’ Roll inspection where she said everyone had access to it either through the USSD code *265# or the SMS platform or the web-based inspection link or by physically visiting inspection centres.

President Mnangagwa has proclaimed July 30 as the date for the harmonised election to choose the President, National Assembly members and Councillors.

The President also fixed September 8, 2018 as the date for the Presidential election run-off in the event that it would be required.