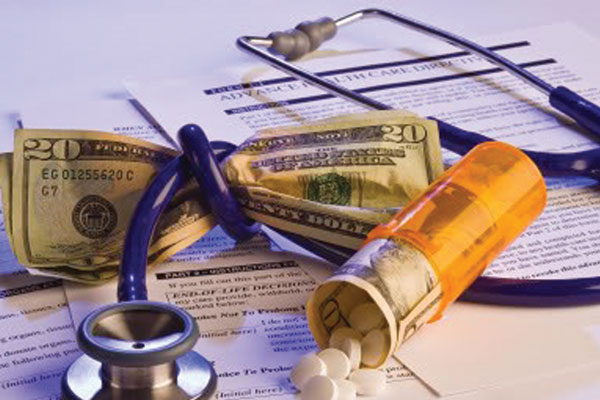 GOVERNMENT expenditure on health is shrinking each year, owing to misappropriation of funds, a latest report on illicit financial flows by Transparency International Zimbabwe (TI-Z) has revealed.

In the report, TI-Z stated that government expenditure on the health sector was way below the World Health Organisation (WHO) recommended US$86 per capita or 5% of gross domestic product.

The anti-corruption watchdog noted that misappropriation of public funds through corrupt procurement, smuggling and theft of medical supplies had negatively affected the health sector, resulting in health workers leaving the country for the diaspora.

“Over the first six months of 2020, the government of Zimbabwe (GoZ) spent $164 per citizen in the health sector, equivalent to US$1,64 at the time of writing. This contributes to an environment in which public health workers are underpaid and health facilities do not acquire enough resources.

“Illicit economic activities contribute to the loss of wealth for the GoZ and citizens, depleting resources that could otherwise be invested in the public health system for healthcare worker salaries, procurement of medical supplies, and the rehabilitation and development of health infrastructure.”

According to the statistics by TI-Z, Zimbabwe is among countries with the least health expenditure per capita in the southern African region, while its neighbours South Africa and Botswana spent US$466 and US$386 per citizen, respectively.

TI-Z noted that despite inheriting a robust healthcare system from colonial rule, Zimbabwe’s health delivery system had deteriorated over the years due to underfunding.

“The government has moved rapidly to mobilise material and other resources on an emergency basis to address the emerging threat posed by COVID-19,” the report read.

“This has included a plan to procure medical supplies and equipment valued at US$60 million which has been affected by high-profile cases of abuse of public procurement processes.

Last year, Zimbabwe received funding from donors towards the health sector, including $60 million from the European Union and $45 million from the United Kingdom. Despite the foreign interventions, there was no significant improvement to the health system in terms of infrastructure and drug availability in health institutions.