The Red Cross says its teams responded to a “horrific accident” in Zimbabwe involving a bus heading to South Africa, with pictures showing the remains of the bus completely incinerated. 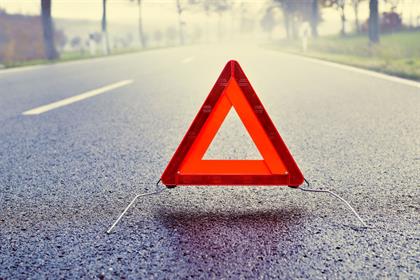 Fire swept through a passenger bus in Zimbabwe, and police said on Friday that more than 40 people died and at least 20 were injured, some with severe burns.

Police spokesperson Charity Charamba said she did not have details about the cause of the accident on Thursday night.

A photograph posted on Twitter by the Zimbabwe Red Cross shows the remains of a bus that was completely incinerated. The Red Cross said its teams responded to a “horrific accident” involving a bus heading to neighbouring South Africa at around midnight.

The accident happened in Gwanda district, about 550km south of Harare, Zimbabwe’s capital.

Last week, a collision between two buses in Zimbabwe killed at least 50 people and injured about 80.

Zim Red Cross first aid teams responded to a horrific accident around midnight at the 56km peg from Gwanda towards Beitbridge involving a South African bound bus. A total of 24 people have been ferried to Hospital while the number of deaths is still to be confirmed. pic.twitter.com/GSu3xRHFB7

GWANDA – Dozens of people have died after a bus exploded in flames on Thursday night. A gas cylinder in the luggage compartment of the bus is thought to be the source of the deadly fire which engulfed the Brooklyn Bus at around 11PM in West Nicholson… https://t.co/rW4ugdRLTq