Zim — Looking beyond the elections 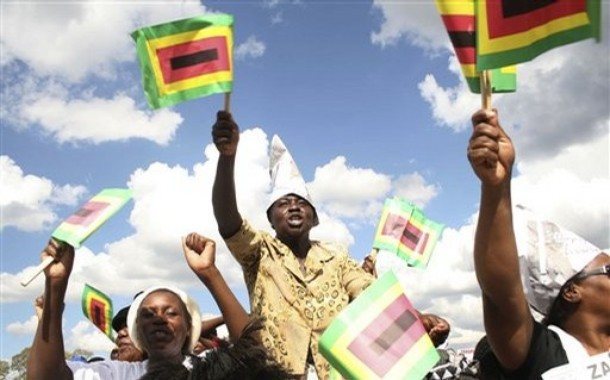 Source: Zim — Looking beyond the elections – The Zimbabwe Independent July 27, 2018

ELECTIONS tend to bring out the worst in Zimbabweans even in the best of times.

If they are not beating, intimidating or killing each other as we have seen since 1980, they are insulting, demeaning and defaming each other. Understandably, the stakes are high because elections are contests for power but they have always come at a price that is too high for the country to bear, left scars that cannot be healed, divisions that cannot be bridged and animosities that cannot be ended.

On Monday, Zimbabwe will vote again. The build-up to the election has dragged up all the dirt the country has experienced in the past 38 years and brought back all the trauma of the past. It has, like all high-stakes contests, brought the country to the brink. Our country, broken by years of desperate economic and social decline, an unending political crisis and suffering from collective post-traumatic disorder, will not heal itself. There are seven things that need to be done regardless of the result.

In sport, it warms our hearts to see the winner reach out to comfort and congratulate their losing rival. It is what makes us love sport. The realisation that though the contest may be highly competitive, it does not strip us of our humanity. Life exists beyond the competition and today’s victors can be tomorrow’s losers. It is after all just a contest.
The winner of our July 30 election has to show magnanimity. Reach out to your opponent and extend a hand for a well-fought contest. For pushing you to work harder to win the hearts and minds of Zimbabweans. For giving you a good game. Remember you will now represent your rival’s supporters in the public office you will hold and you want them to be your supporters in 2023!

For losers, if the competition is deemed free, fair and credible and the results a real reflection of your respective efforts and popularity and the will of the voters, you too should show humility and gracefully accept defeat. Show your opponent the magnanimity they deserve for doing better than you in the contest. You have five years to work on your next campaign.

It is easy for competitors to believe that they have won because they are the best, the brightest, the fittest, the fastest and strongest of all. That may be true in some cases but it is not in all. A lot goes into a victory including the quality of your competitors, the support of others and those who vote for you.

Be humble in your victory, respectful to others, recognise that winning the election is just the beginning of a mandate. You have not won power but the opportunity to represent and serve your community, country and people. Be humble at being entrusted with such a serious responsibility by fellow Zimbabweans.

Remember that your views and policies do not resonate with all those who voted against you. Despite your electoral victory, you do not have a monopoly of ideas of what is best for your community or country.

Many promises have been made during the elections including and especially by you. You may have won because of those promises.

People may have bought into your vision of the change you promised to bring to their lives. Take responsibility for all your promises and work to deliver on them. You used them to win. And it is because of them you won. Your community and country knows what you promised and five years is a short time for people to forget.

A lot of bad decisions, destructive economic policies and harmful actions ranging from political violence (Gukurahundi and 2008 electoral violence), and forced displacements of people (Murambatsvina), and repressive laws (Public Order and Security Act and Access to Information and Protection of Privacy Act), among others have been taken by your predecessors in government. Now that you are the government, you must take responsibility for addressing them.

Responsibility is different from accountability. It is not enough to say that you had nothing to do with these bad decisions. You now have political power and it is your responsibility to create the conditions, develop policies and create institutions to make right the wrongs of the past.

The elections have simply highlighted just how discriminatory, divided and broken our country is. The fault lines, trauma and woundedness are overwhelming. There is a strong and evident sense of exclusion by large sections of our society who feel they are not even considered second-class or third-class citizens in Zimbabwe.

There are large sections of our population that feel intensely discriminated against; that are angry, hurt, afraid, wary and distrustful. These include women, minority ethnic groups (the collective Ndebeles most prominently) young people, and supporters of your political rival. Perception is reality and reality is perception when it comes to a sense of belonging, exclusion and discrimination Recognise that your primary responsibility is to build and promote an inclusive society whether it is at local, community, municipal, provincial and national level.

Understand and address the root causes of the sense of marginalisation and discrimination. One of the greatest threats to ethnic and social cohesion in Zimbabwe are the ghosts of Gukurahundi and the subsequent marginalisation of Matabeleland. It can no longer be ignored. Reflect on the concerns you have heard including about what victims want. It is really not much given what they have suffered. They could demand more.

Create an inclusive and credible body to address this issue. Review the membership of the National Peace and Reconciliation Commission. Take responsibility for it as the newly elected leader. Apologise to victims on behalf of the government and the people of Zimbabwe that something so terrible happened in post-independence Zimbabwe. That alone will set you apart as leader for all.

Recognise and accept the concerns about marginalisation of Matabeleland which cannot be ignored. They are entwined in the historical legacy of the past but can easily be addressed through government policy and practice.

We have more young people in our country than any other demographic group. They are the ones who voted you in. They are also unemployed, frustrated, angry and desperate. We have almost lost the entire generation, but it may not be too late if the right policies are adopted. Inclusivity recognises diversity of people, opinions and views.

Do not stifle debate about your policies and practices. Take the best ideas on offer and make them yours.

The systematic exclusion of women political aspirants in all the major political parties, the derogatory slurs and the verbal abuse and at times violent attacks. The problem is clearly rooted in patriarchy. We are a terribly patriarchal society and have become even worse and more entrenched and inter-generational.

All these terrible incidents of vilification, abuse and insults remain firmly etched in the memories of all women of Zimbabwe including those in the party you belong to. Indeed, this reflects a broader and more serious societal problem but as a leader it is your responsibility to lead in fixing it.

The crisis is existential. Recognise that we have a problem and develop a national programme to create a society in which women are equal to men in Zimbabwe. At your respective level — ward, local, constituency — give priority to women, their voices and views. It is your responsibility to ensure that women are included in the political, social and economic life of our society.

Be a champion for the equality of women not a stumbling block. You have daughters, sisters, mothers and aunts whose potential you would not want limited or restricted by men simply because of their gender.

For far too many years Zimbabweans have wallowed in poverty and despair. It is hard to imagine a county in 2018 where people sleep in queues outside bank ATM machines for days on end to maybe get $20 in bond coins or where 90% of people are unemployed or where the roads are death traps, clean water a dream and going into the collapsed public hospital system is a sure step to dying.

The levels of poverty are unprecedentedly high with many people going to bed hungry every night. This cannot continue. Now that you have won, it is your responsibility to fix these problems. They are all life threatening and urgent. You must fix the economy and create economic opportunities especially for young people. You must single them out and target them for training and public investment programmes in sectors that create the most jobs, especially agriculture.
Learn from Tanzania and Ethiopia how they were able to have the lowest youth unemployment levels in Africa. Creating economic opportunities is undoubtedly one of your highest priorities. Zimbabweans will do the rest.

There is an even far more important role for all Zimbabweans. Keep the politicians that have been elected honest. Challenge and confront them. Hold them accountable. They made promises and you voted for them on that basis. Even if you did not vote for them, they made promises and must deliver on them. You have rights as a citizen to expect public officials to serve you meaningfully. It is their responsibility. They are not your bosses or “chefs” but your elected representatives. Demand and insist on their humility.

Insist they take responsibility for their actions.

Hold them to the highest standards of scrutiny. Call them out when they discriminate groups, especially women, ethnic and other minorities in your community.

Measure the elected representatives by how the quality of your life (freedom from want and fear) and that of your family improves and, if it does not, vote them out in 2023. You remain the most important, most definitive, most powerful force in Zimbabwe.

Guard your power and protect your constitutionally guaranteed freedoms and the space to exercise them. Your life and that of your children and their futures depend on it.

Malunga is the executive director of the Open Society Initiative for Southern Africa (Osisa).