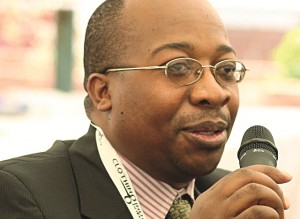 MANUFACTURERS, reeling from a plethora of economic woes, have increased prices by up to 10 percent in the past few months, industrialists have confirmed.

During the same period, retailers have also regularly hiked prices, pushing inflation higher and worsening volatility in the economy, according to a Confederation of Zimbabwe Industries (CZI) Manufacturing Sector Survey released yesterday.

The survey report, however, does not capture economic dynamics since mid-September as these occurred after the cut-off date for data collection.

The price hikes, which intensified when fears of a return to a hyperinflationary crisis emerged last month, have been condemned by consumer groups and government.

The price hikes were particularly influenced by a surging exchange rate for the US dollar against local currencies, which are represented through bond notes and bank balances from money created through the real time gross settlement (RTGS).

During the blame game that has characterised the controversial price hikes, producers have denied hiking prices and blamed retailers for the frenzy that is feared could trigger an inflationary crisis.
But in its survey, the CZI, which represents the interests of manufacturing firms, said a significant number of companies confirmed increasing prices.

The report said companies had resorted to the parallel market for foreign currency requirements.
The Reserve Bank of Zimbabwe has said foreign currency has been externalised or petered out of the financial system by people who are uncertain about the future of the economy.
During September, the economy witnessed the intensification of price increases, resulting in panic buying and shortages.

“The multiple price increases have seen some retailers increasing prices of commodities more than three times a month while there are different prices for different modes of payment. Our data focuses on manufacturing establishments and does not capture the price fluctuations experienced beyond mid September 2017. Thirty seven percent of the respondents use more than one pricing system i.e. a combination of mark up over cost, negotiating with buyer or quality determination,” CZI said.

NATIONAL output 5,5 percent higher than previous year, driven by firms that invested in new equipment in the past 10 years
•Capacity utilisation down 2,3 percentage points from 47,4 in 2016 to 45,1 percent in 2017
•Companies that invested in machinery over the last five years operating at average capacity of 51,6 percent, while those using machinery older than 16 years operating at 43,3 percent
•Average capacity utilisation in Matabeleland improves by 7,5 percent, and by 5,6 percent for Manicaland
•Growth in Matabeleland driven by performance in the non-metallic mineral products entities in that region.
•Expected average capacity utilisation after 12 months to decline to 43,6 percent in the absence of intervention
•Weak demand, liquidity crisis, cheap imports, and capital constraints key impediments to achievement of full capacity

•Deterioration in business confidence
•Access to raw materials constrained by shortage of foreign currency
•Economy still off the mark ‘in terms of the desired and deserved levels of industrialisation’
•Current account to remain in deficit, trade balance to continue on the negative over the next three years
•Portfolio investment and other investments to decline
•26,8 percent of producers face competition only from domestic firms, while 11,4 percent face competition from foreign companies. Sixty percent face competition from domestic and foreign companies
•48,4 percent of respondents say business has not been viable over the past year; 32,3 percent say viability remains the same; and 19,2 percent say viability has improved significantly
•74 percent say import licences affect supply of raw materials
•81 percent of companies use generators while about 13 percent use coal as backup power.
•Proportion of expenditure on electricity is 42 percent, while generator and coal contribute 38 percent and 19 percent respectively
•90 percent of medium to large corporates say can only work with SMEs if they are registered.