Zim needs solution to board failures

Source: Zim needs solution to board failures – The Standard November 23, 2019 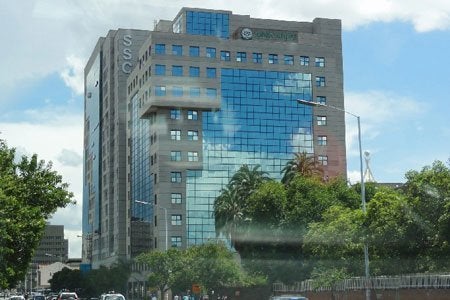 Due to the prevalence of company failures, there is now a need to establish how directors of listed, public companies and parastatals companies are selected to reduce the high rate of company and board failures in both the private and public sector. Zimbabwe needs to establish a central database of potential board members and directors and create independent institutions and organisations whose role is to monitor who selects directors and what the motive is.

Research has shown that in Zimbabwe shareholders and other stakeholders (like workers) have always been ignored in the board selection process, yet they are the ones mostly affected if boards fail and the company collapses. We need director independence and completely remove the CEOs from board selection which is prevalent in Zimbabwe.

We need to have a proper board selection process that involves the identification and screening of the candidates by a nominating committee consisting of independent directors. Those who are found to be suitable for board appointment are formally nominated and voted in by shareholders. This kind of transparent process will yield competent independent board members, who will act responsibly and give counsel to the executive.

David Whitehead, Cottco, Air Zimbabwe, Olivine, Royal Bank, NSSA, African Renaissance Bank (AFRE), Caps, Interfin, Puzey and Payne, ENG Capital and Barbican Bank are some of the corporates that have either collapsed or are on the verge of collapsing whose problems are centred on poor oversight and lack of proper monitoring of the CEO, MD and executive directors by the board members leading to corporate governance breaches.

While all these companies have had board structures in place in their organisations, the board of directors had the biggest share of the blame for its failure to their inability to monitor management and evaluate management performance. The biggest problem that leads to the collapse of companies in Zimbabwe is the independence of the board of directors, which should be the epitome of corporate governance.

Any company’s survival hinges on an effective board with effective and controlling functions. Though the board has many responsibilities, the primary responsibility of a corporate board of directors is to protect the shareholders’ assets and ensure they receive a decent return on their investment. The board of directors owes its shareholders the highest financial duty also known as a fiduciary duty.

The board of directors is the highest governing authority within the management structure at any parastatal, public and private companies traded business. It is the board’s job to select, evaluate, and approve appropriate compensation for the CEO, evaluate the attractiveness of and pay dividends, recommend share splits, oversee share buyback programmes, approve the company’s financial statements, and recommend or strongly discourage acquisitions and mergers. To have an effective board of directors we need to have diversity within board members and diversity within its talents. We need an effective board evaluation with each individual member’s performance evaluated regularly, as well as the board’s performance as a whole. Board members should have a two term limit and actively recruit new members who will bring new expertise to the board.

A board that truly adds value is not just a group of high performing individuals, an organisation needs a good board that has a balanced team with complementary skills and create a culture that allows them to work together to make the most effective decisions for the organisation. Even with good leadership from the chairperson, it is the full participation of every board member that contributes the most to the effectiveness of a board.

Once again I call for the establishment of a central director database and independent institutions whose role is evaluation and monitoring of the board of directors in Zimbabwe, just like in Singapore.
Engineer Jacob Kudzayi Mutisi